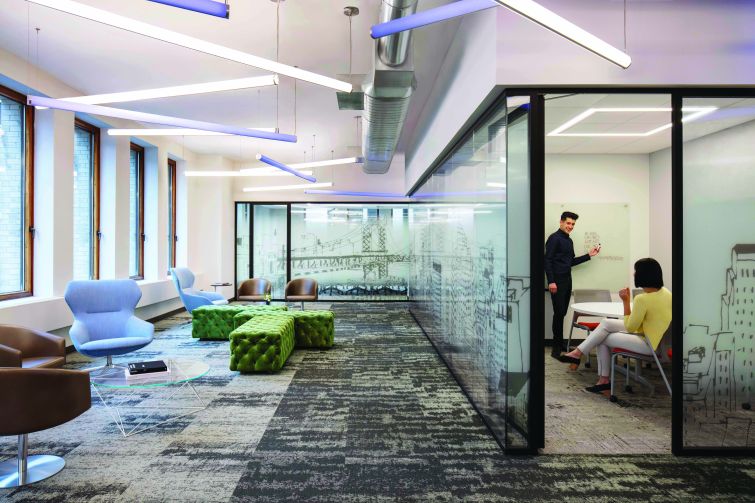 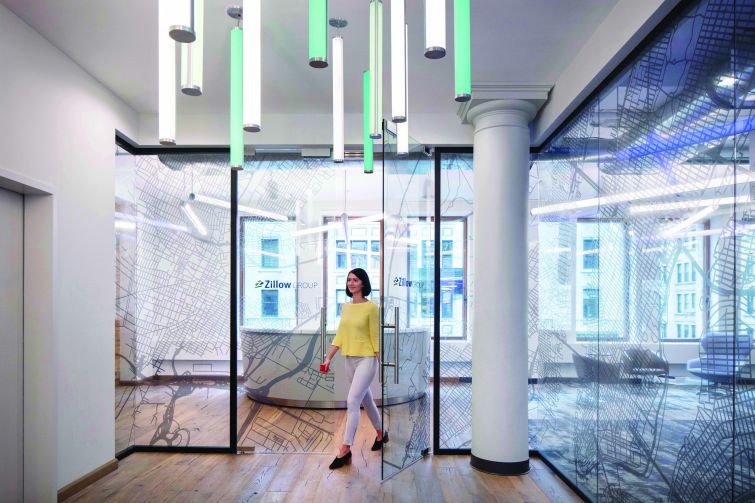 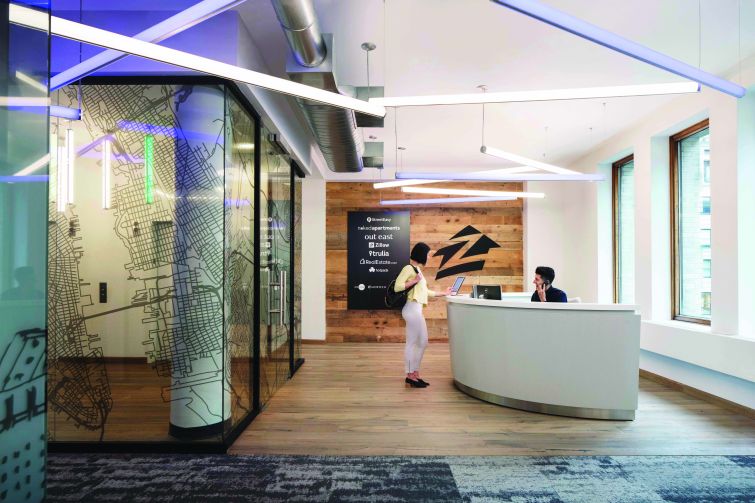 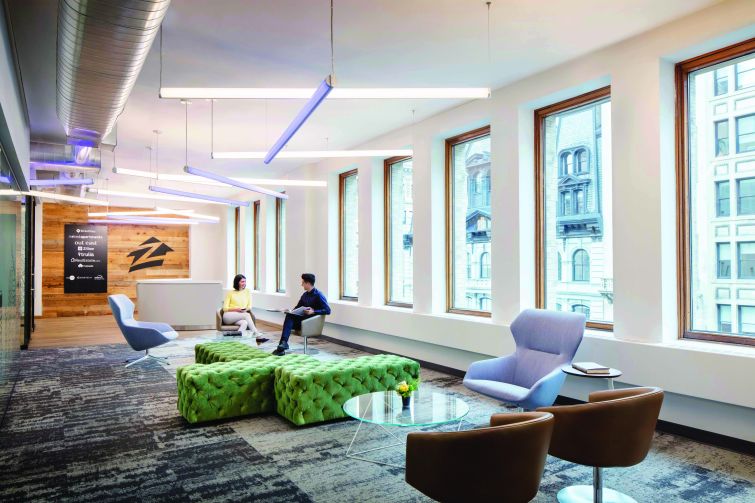 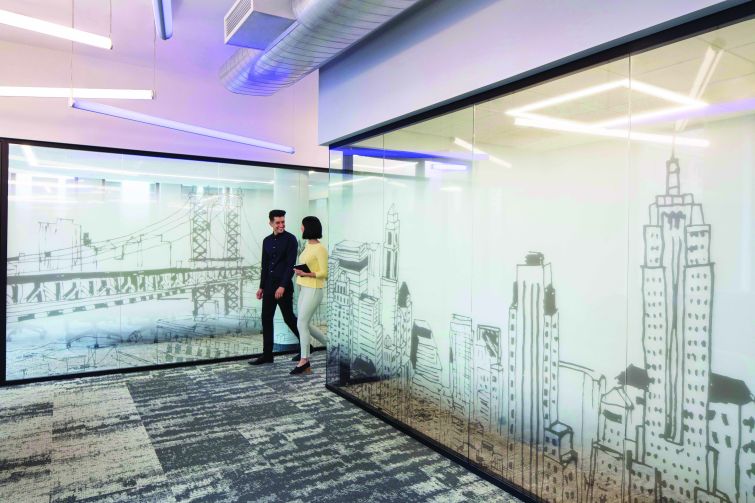 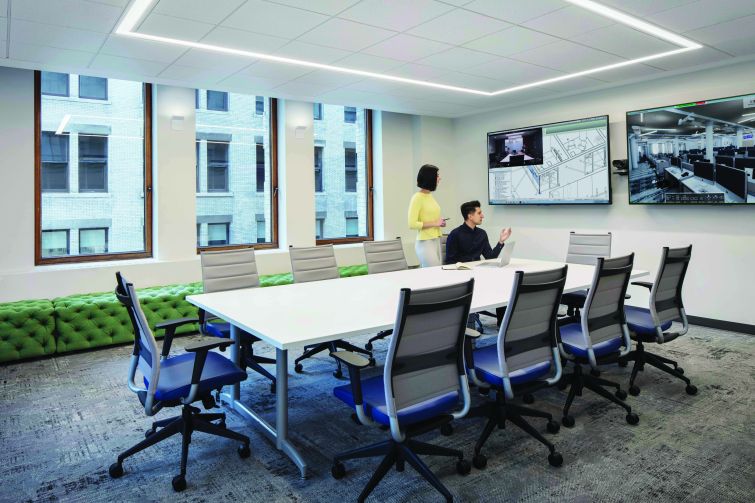 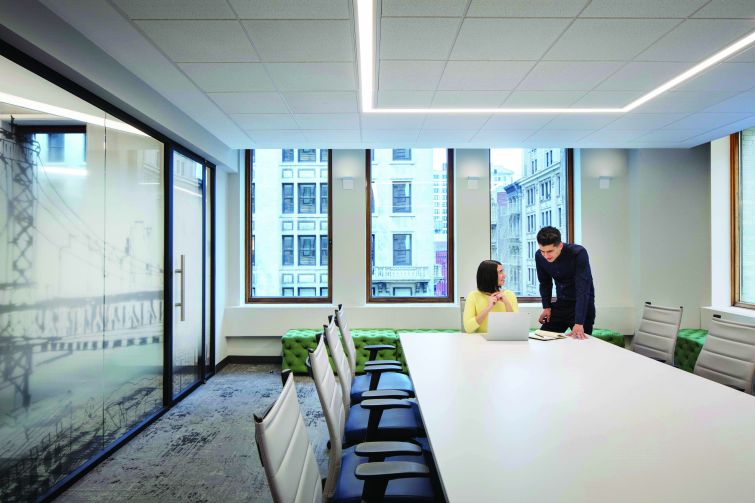 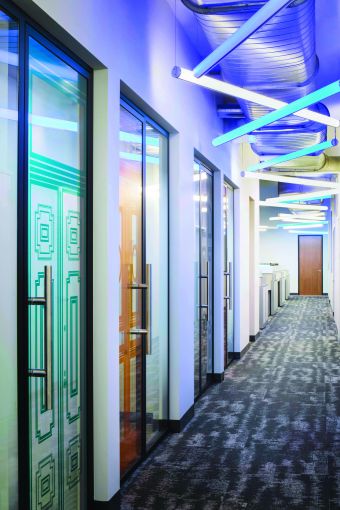 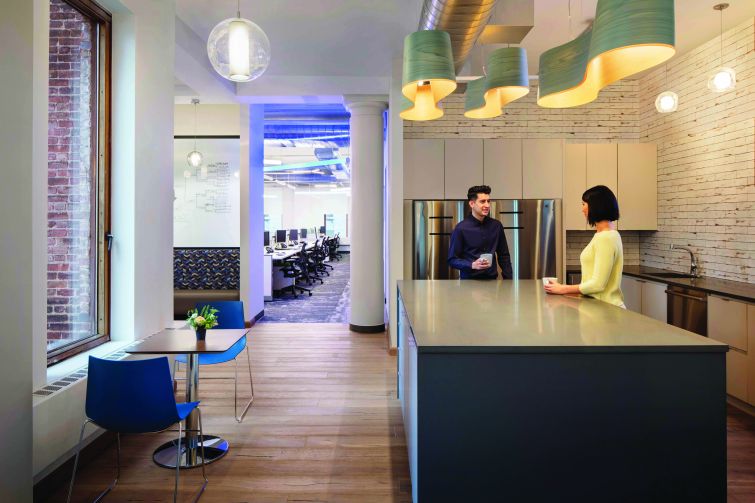 It’s no secret that Zillow Group has grown at a rapid pace over the past decade—one that has seen the Seattle-based real estate tech company scoop up residential listings websites like StreetEasy, Trulia and Naked Apartments on its way to becoming a behemoth with annual revenues of more than $1 billion and a market capitalization approaching $9 billion.

That kind of growth requires similar expansion as far as a company’s own real estate needs are concerned—not to mention a forward-thinking office design reflective of a tech company’s values and the way its employees work. So, when Zillow Group decided to expand its New York City offices at 130 Fifth Avenue near Union Square by around 20,000 square feet—adding the entire sixth floor and reclaiming a previously subleased portion of the seventh floor, to take its total footprint in the building to 53,000 square feet—it looked to an architecture and interior design firm with similar values to helm the look and feel of its new space.

Enter SGA, a self-described “tech-forward” design firm that prides itself on the use of virtual design and construction (VDC) technology to craft its projects. Utilizing a real-time rendering plug-in with Autodesk’s Revit design modeling software, SGA was able to take Zillow executives on a virtual “walk-through” of what the space would look like—updating the model on a continuous basis per their suggestions. Not only did this process enable a quicker turnaround, but it also provided transparency in the design process and ensured SGA and Zillow were on the same page.

“When we were having meetings [with Zillow], we were doing the changes in real time with them as if we were sketching on a piece of paper,” Brooks Slocum, SGA’s New York studio manager, said of the design process. “They were very helpful for formulating the vision, and the [VDC] tools helped them make decisions quicker.”

As for the space itself, Slocum and his team made sure to address Zillow’s preference for video-conferencing as a means of internal communication in building out the space’s nine conference rooms—all of which are equipped with video-conferencing capabilities and surrounded by frosted glass (featuring a custom-designed mural of the Manhattan skyline) to provide the requisite privacy.

There is also contemporary lounge furniture adorning a new reception area on the sixth floor; modern lighting fixtures, including cylindrical rods that illuminate the hallways and can change color at Zillow’s discretion; and a sleek kitchen featuring hardwood floors that has already turned into the preferred happy hour destination for Zillow employees looking to unwind and socialize after a day’s work.

“The theme [for the design] was that they are still a startup, and they wanted a space that felt like that,” Slocum said, adding that Zillow “definitely was not interested” in a more corporate feel for their offices. “This was about understanding who they are and what their vision of themselves is.”

From the sounds of it, SGA hit the nail on the head when it came time to deliver that vision to Zillow Group and its 270 employees who occupy the offices at 130 Fifth Avenue.

“We wanted to create a space where our staff could feel at home and do their work in a positive environment, while maintaining a professional, client-facing space,” according to Zillow Facilities Manager Daniel Warner. “The end result is an impressive complement of these ideas and we are excited to welcome our team to the new space.”