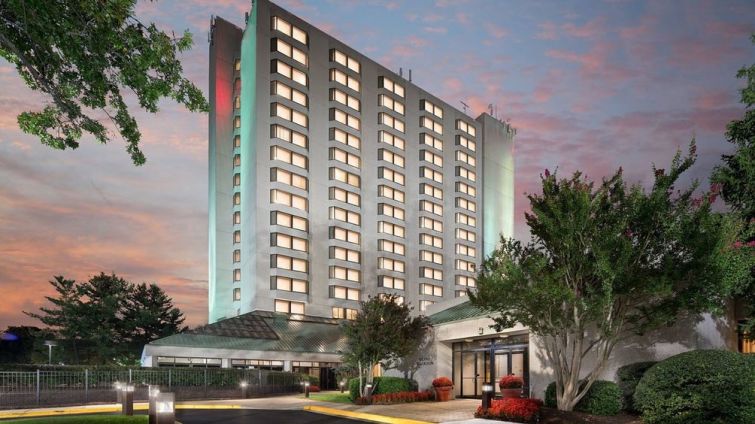 SB&G Hotel Group has purchased the Greenbelt Marriott hotel in Greenbelt, Md., about 12 miles outside of Washington, D.C., according to a press release from the seller’s broker. The 241,857-square-foot hotel at 6400 Ivy Lane has been rebranded as a Crowne Plaza Hotels & Resorts property.

Rockville, Md.-based real estate developer Lerner Enterprises sold the building to the Australia-based investment firm for $18 million, according to property records, which indicate that the sale closed last month.

“The successful sale of the Greenbelt Marriott is evidence of the continued interest in Greater Washington, D.C., particularly to new buyers seeking entry into this dynamic market,” said Marc Magazine of Savills Studley, who represented Lerner alongside Tom Baker. It was not immediately clear if SB&G was represented by a broker.

The 18-floor hotel has 248 guest rooms, 10 meeting rooms and 11,200 square feet of meeting space, in addition to concierge services, an onsite bar and lounge, a health club, a business center and valet parking, per the Savills Studley release. The property will be renovated and is now called Crowne Plaza Greenbelt—Washington DC.

“We are firmly set on growing the SB&G hotel business in America with high-quality properties in cities with a strong economy and growth potential,” said Paul Salter, a managing director at SB&G. “The new Crowne Plaza in Greenbelt was a logical addition to our U.S. assets for its proximity to corporate users, business travelers and regional tourists.”

Founded in 2015, SB&G owns six hotels worth nearly $1 billion, according to the release. The Greenbelt acquisition marks the firm’s fourth U.S. hotel. Last year, it invested $325 million in three properties, one each in New York City, Dallas and Charlotte, N.C.