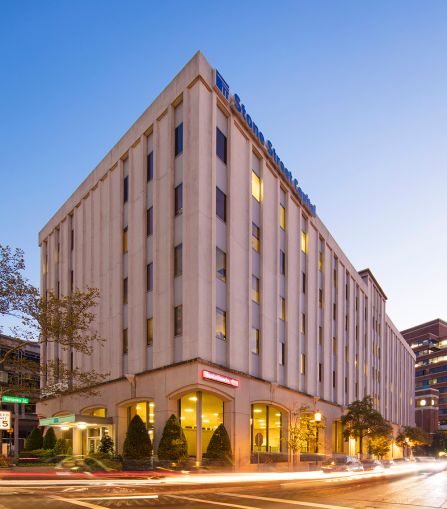 Bethesda, Md.-based international investment trust Saul Centers has purchased a five-story office building at 7316 Wisconsin Avenue in Bethesda, Md., for $35.5 million from Chevy Chase Land Company, according to a press release from HFF, which represented the seller and procured the buyer.

The 69,601-square-foot office building in Downtown Bethesda is leased to 10 tenants, per the release, which did not specify the tenants. A Bank of America branch is listed at the address, the financial institution’s website indicates.

Maryland real estate developer Chevy Chase Land Company, which could not be reached for comment, bought the property for $14.7 million in 1999, according to the Washington Business Journal, which reported on the acquisition.

The property’s location, steps away from Bethesda Row, provides tenants with access to more than 60 retail, dining and entertainment options, per the release. It’s also located directly across from the future Bethesda Purple Line station and blocks away from the Bethesda Metro Station.

HFF’s Jim Meisel, Andrew Weir, Matt Nicholson, David Baker and Stephen Conley represented the seller. The brokers did not respond to Commercial Observer’s request for comment. A Saul Centers spokeswoman said that the firm does not do interviews.