Just Roel With It: A Conversation With Roel Huinink, CEO of JFK’s Terminal 4 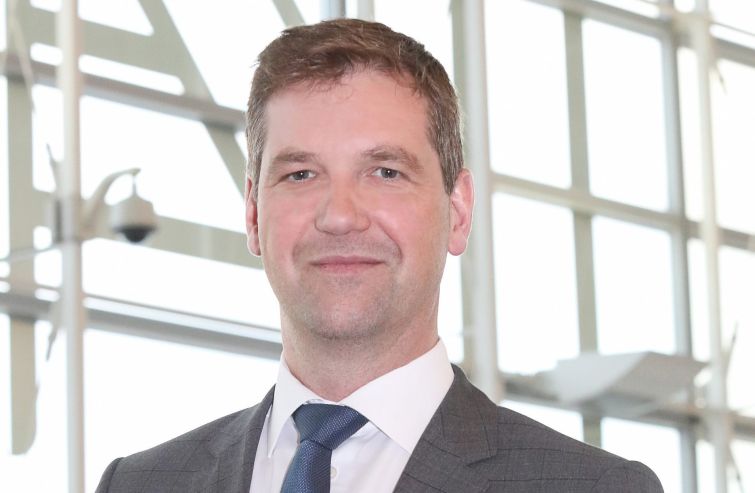 When Roel Huinink left his job in Oslo, Norway to return to the Netherlands last September, he thought he was going home to stay.

The Dutch native, who got his start working at Amsterdam Airport Schiphol in 1999, had lived abroad for years, first as the leader of the joint venture that controls Sweden’s 15 commercial airports and later as the head of a concern that manages retail ventures at airports in Norway.

But when he got a call early this year offering him the CEO job at JFKIAT, another subsidiary of the Schiphol company that manages Terminal 4 at John F. Kennedy International Airport in New York City, he didn’t hesitate long before deciding to pack his bags for a transatlantic move.

“Our family said O.K.: This is a great opportunity,” Huinink told Commercial Observer in an interview last week at his office deep in the terminal’s bowels. “It’s a very dynamic position. And of course to live in the New York area is a fantastic opportunity as well.”

Part of what makes the job so dynamic is the sheer number of passengers that Huinink has been responsible for since taking up the Terminal 4 post at the beginning of August. At the most recent count, completed in 2016, fewer than 10 million people lived in Sweden. By contrast, almost 22 million pass through Terminal 4 every year.

It takes a lot of water and electricity to run such a busy facility. But one priority Huinink brings to the role is a focus on sustainability. The facility is already the first airport building in the U.S. to earn LEED gold certification for its small environmental footprint—a concern that the CEO said European airports take more seriously than their American counterparts.
“The focus on sustainability has been [in Europe] for a longer period of time,” Huinink said. “JFKIAT has taken that European experience and applied it here.”

Another European sensibility he plans to import is an emphasis on a high-end retail experience. Retail is a natural fit for airports, Huinink said, because travelers often make keen shoppers.

“It’s a captive audience,” Huinink said, referring to travelers who might have hours to kill while waiting for delayed flights or sitting out a layover. “And secondly, people are in a different mood. On holiday, people are more open to impulse buying.”

That the crowd at an international airline terminal tends to be a wealthy, cosmopolitan bunch only sweetens the deal for retail tenants. Over the summer, NYX, a cosmetics company controlled by L’Oreal, opened its first airport outpost anywhere in the world in Terminal 4, Huinink noted.

“[NYX] was drawn [to Terminal 4] by the demographics and the exposure,” the CEO said. “Airports are very good platforms to be present [in]. For passengers, it’s interesting too because they can see things that maybe they don’t see downtown too often.”