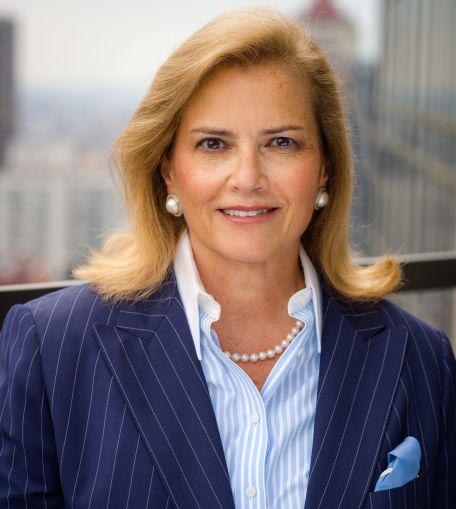 It was not uncommon, early in her career, that after Jodi Pulice finished a deal, a client would ask her to fetch coffee, or find some pencils, or to do something else they would never ask a man to do.

“You learn very quickly that if you say, ‘no,’ or ‘Get them yourself’ or ‘I’ll show you where they are,’ you begin to build up your own self-confidence,” Pulice told Commercial Observer.

That confidence has taken her a long way. Pulice is the founder and CEO of JRT Realty Group, which she has long claimed is the largest woman-owned commercial real estate firm in the country.

Pulice graduated from Wagner College with a bachelor’s degree in 1978, then worked throughout the industry, including at Berley & Company, Huberth & Peters, Insignia/ESG, and the Sylvan Lawrence Company before forming JRT in February 1996. Pulice founded JRT to handle a wide variety of real estate functions, including strategic planning, corporate real estate portfolio management, tenant representation, leasing and property marketing, financing and investment sales.

Her firm currently has 12 employees and three offices, two in Manhattan—at 780 Third Avenue and 1290 Avenue of the Americas—and one in Los Angeles.

JRT also has a long-running partnership with Cushman & Wakefield, with whom it holds a joint portfolio of over 30 million square feet.

Pulice, who is married to Greg Smith (the president of JRT) with two children, Ryan and Taylor, is working to be a leader in encouraging equity in commercial real estate, making sure that the women currently entering the industry have an easier time than she did.

CO spoke to Pulice about her time in commercial real estate and some of the things she’d like to see improve for women in the industry.

Commercial Observer: Talk about what it was like for women when you first entered the commercial real estate field.

Jodi Pulice: When I started, I knew it wasn’t going to be easy because I was basically the only woman in the room, but I was hired by a woman, Mary Salerno at Berley & Company. When she hired me, she told me how difficult it was going to be. She said to me when she first hired me, “Don’t date anybody, and don’t marry anybody in the industry.” Basically, stay away from the men.

Early on, did you ever find that you’d been paid less than men on your level?

We were straight commission. But early on, I knew that the gentleman sitting next to me was getting paid $15 to $20 for every listing he got, and I was doing the same thing and not getting anything. I was mentored by a wonderful, wonderful woman, but she was paying men to get listings and not me.

So you even faced sexism from women.

Oh, yes. Very much so. I don’t think it’s just men. It’s people with power. People assert their power by making you feel like you’re not part of it, or you don’t deserve to be part of it. That could be a male or female mindset. When people [used] power like that, it always showed me they were very weak people with little self-confidence.

At that time, was there any sort of support network among women in the industry—any other women you could turn to?

As you started to accomplish things and rise through the ranks, did you find it got easier for you as a woman in the industry, or more difficult?

Every day is a challenge. It’s never easy. But as I was coming through the ranks, my experience helped me with the difficulties. You start to get radar that tells you what’s going to happen before it happens. So you learn how to deal with things. It’s a very small community. You start dealing with the same people to make deals. Once they know that Jodi’s going to make the deal and that she’s a no-nonsense broker, all the other baloney goes away. But also, with the younger people I deal with, it’s not the same proving ground. This new generation, for the most part, doesn’t care who you are, what you are, what you look like; they just want to know you can get the job done. I find that very appealing.

You’ve been talking about diversity now for some time. Do you find that the message is better received today than in the past?

Without a doubt. [Misbehaving men facing consequences] has made it much easier for women and minorities to step forward. When I cold call a woman in a position of power, they want to speak to me, meet with me, talk to me about my success. They’re very interested in knowing who I am and how I achieved what I achieved. Years ago, that was not the case. We have a camaraderie now [due to] these very famous men and what they’ve done to get their power. It’s really a great feeling.

What are some specific changes you’re hoping to see in commercial real estate that will continue to make it easier for women in the industry?

I really would like to see more women on boards. I’m on a couple of boards myself, non-profit boards, but we have to take a top-down approach, and I think it has to start with being on boards. We can never forget that women are the largest consumers; we [buy] 65 percent of everything sold in the United States. Isn’t it ridiculous that only 6.4 percent of us are CEOs of Fortune 500 companies? We have to take the top-down approach. We’ve always worked from the bottom up. Now it’s time for us to get on boards and start to influence from the board down. And I think [board members] should have terms. I don’t think we should have people on boards for 20, 30, 40 years. It’s crazy. And, there are different mentorship opportunities we should have inherent in corporations, where senior-level people should speak to HR to find out who could shadow them or work alongside them. Also, maternity should never be considered a disability. In certain companies they consider maternity a disability. Maternity leave should be three or four months, paid. Bill Rudin, the new chairman of the Real Estate Board [of New York], just made it a priority. He wants to improve diversity in the industry.

There’s a new REBNY taskforce to that end that you’re a member of. Tell us about that. What does it want to accomplish, and how?

It’s a brand new taskforce called the REBNY Diversity Working Group. Its aim is to develop a set of diversity initiatives and goals for REBNY and the real estate industry over the next few years. Bill Rudin made it a top priority because he wants to attract women and minorities to the industry. We’re just discussing different types of programs now.

Are there other things you’d like to see happen in commercial real estate to ease the path for women?

Yes. I think real estate companies have to re-evaluate themselves. They should do salary audits. They just showed on 60 Minutes how Salesforce did it twice. The CEO found an incredible discrepancy amongst his employees. He didn’t believe the first audit, but when the second audit came out, there was still a definite gap. He couldn’t believe how people weren’t being paid. I’d like all real estate companies to do a salary audit and see what’s going on. Women are beginning to speak up. They’ll have a Kumbaya session at a real estate event, and you’ll see someone stand up and say, “I don’t understand why the majority of the companies in the real estate industry consider maternity a disability.” I keep seeing women standing up and saying things like this. You never used to see that, ever. They used to be in the back of a room, hiding in the corner. Now they’re leaning in and saying, “Why?” And most of the panels at these events are all men. I don’t even go to them anymore, because they’re all male. But you’ll see the guys on the panel say, geez, we didn’t even know about that. And you’re like, you didn’t know that you consider maternity leave a disability? It’s true, they really don’t. Some of them don’t know, because why would they know? They don’t have to get maternity leave for themselves. Companies need to make sure they’re providing equal opportunities for their teams. They should provide, and create, mentorship opportunities, both internally and externally, for women and minorities. And they should consider mandating that a certain percentage of the company be composed of women and minorities.

How do you think having a more diverse industry will affect the city’s real estate landscape?

Women think of things that, all due respect to you guys, you have no clue what makes a successful community of people. Women have a lot of sense about what makes a community happy, what makes a community successful. If you’re on any boards or read about boards, a lot of people say they never think about things that some of the women come out with when they’re posed with various questions. Directly, I think [a more diverse industry will produce] more cohesive types of communities, regarding living and working. More and more you see, with WeWork, people want that live-work-play type of environment. That’s going to become even more successful with women at the helm, because we all believe in that. A happy life is when you have a happy family and a happy home. It’ll be a much more cohesive work environment where people can work and play in the same area and not get on trains for two hours to go home.

How confident are you that commercial real estate can become an industry that is as comfortable, encouraging, and welcoming for women as it is for men?

I’m extremely confident, because the women I’ve been seeing are very intelligent and self-confident, more so than I ever was when I came through the ranks. I also think that of all the industries, real estate allows a woman to have an independent life. Things can be done remotely and they can be successful. I see the industry as nothing but hopeful for the future.