Hospital Builders Need to Be High-Tech to Cater to Millennials: CO Panelists 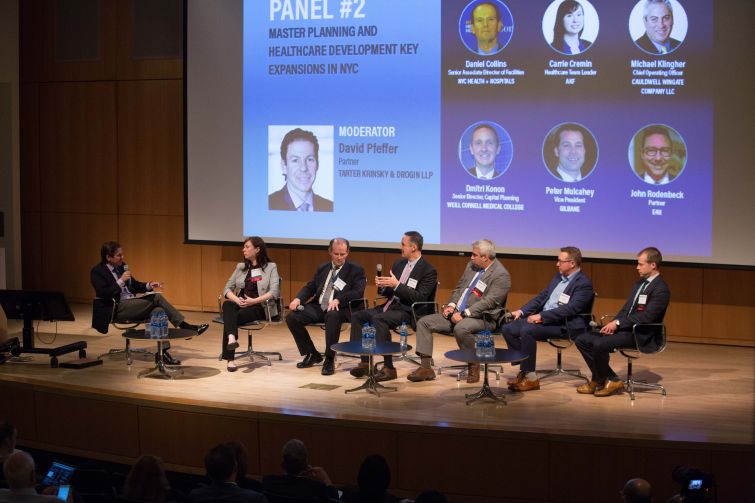 Hospital developers have to learn to cater to what Millennials want, according to panelists at Commercial Observer’s health care construction event.

“Millennials are very demanding in terms of standards of care,” he explained during the second panel of the conference held at CUNY Graduate Center at 365 Fifth Avenue. “I’m getting calls from clients that want to do very boutique specialized facilities, like a specialized ortho-spine center, an orthopedic urgent care center. This generation is looking for very high tech and very branded environments, which affects how we see it from a design perspective.”

Rhodenbeck even noted that he was designing a modular micro-hospital for a client in the Midwest.

And it’s not just about kowtowing to younger folks. In general, the builders of health care projects need to consider how buildings can accommodate the growing amount of technology that doctors and nurses use to serve patients, from MRI machines to iPads that host medical history and charts. That means developing buildings that can carry the added electrical and HVAC load that comes with installing hundreds of servers and routers.

“The increase in technology has created a major increase in power density and cooling,” said Steven Friedman, the director of facilities engineering design and construction at Memorial Sloan Kettering Hospital. “You’d think that as technology grows the backbone would shrink and we’d lose space, but that’s not the case.”

For example, at Sloan Kettering, they installed a modular data center on the roof to host servers. A company on the West Coast prefabricated the structure, mounted all the server racks and installed the lighting and power, saving the construction team time when they had to build the data center in New York City, according to John Koch of Jaros Baum & Bolles. Koch spoke on the third panel of the day, which included Bill Allan of Hunter Roberts Construction Group, Donna Ryan Rose of Northwell Health, Rich Steimel of Lendlease and Jeffrey Berman of Jeffrey Berman Architect.

Modular construction is often the way to go for hospitals looking to streamline projects and cut construction costs. Carrie Cremin, a health care team leader at AKF, mentioned that her firm was working on a modular, mechanical penthouse on top of a medical office building. She spoke during the second panel of the day, which included Rhodenbeck, Peter Mulcahey of Gilbane, Dmitri Konon of Weill Cornell Medical College, Michael Klingher of Cauldwell Wingate Company, Daniel Collins of NYC Health + Hospitals and moderator David Pfeffer of Tarter Krinsky Drogin.