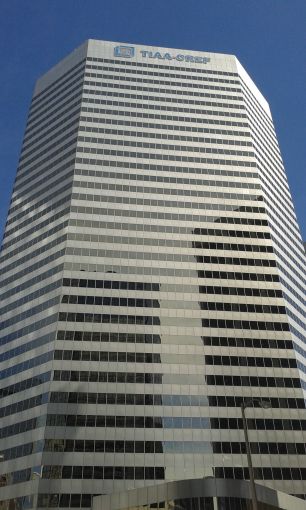 Hana Financial Group, an asset-management company based in Korea, has secured $142.8 million in CMBS financing to back its acquisition of a major office building in downtown Denver, according to Fitch Ratings.

The deal’s debt, a portion of which which will be securitized into the forthcoming UBS 2018-C13 transaction, consists of $78 million in senior notes from UBS Real Estate Securities and an additional $64.8 million in mezzanine financing from an unidentified source, according to Fitch’s analysis of the transaction. The five-year loan carries a 3.85 percent interest rate, and no principal payments are due until it matures in September 2023. In total, Hana paid $238 million for the building, 1670 Broadway, in its August acquisition of the property, implying a loan-to-value ratio of about 60 percent.

In addition to originating and securitizing the acquisition loan, UBS was also the seller in the transaction that closed on August 16, as per BusinessDen, a Colorado news website. The Swiss bank had bought the building, Denver’s 10th tallest, in 1999.

Built in 1980, the 704,000-square-foot skyscraper is 90 percent leased, primarily to financial-services company TIAA, which rents nearly half the tower’s office space. The Department of Housing and Urban Development is another major tenant, leasing almost 90,000 square feet for a regional office that oversees its operations in six western states.

During its ownership, UBS spent $31 million on renovations to the property, including modernizing its lobby. The site features a garage for employees, and a new annex building fully leased to TIAA will includes meeting space and a gym for the company’s employees when construction is finished. Retail space at the building is leased to a Starbucks cafe and to a UMB Bank branch.

Representatives for UBS did not immediately respond to inquiries, and Commercial Observer was unable to leave a voicemail on Hana’s telephone system.

Foreign investment in American real estate is concentrated most of all in a handful of major gateway cities, but research from financial indexer MSCI released last year suggested that overseas buyers can sometimes find better returns in smaller markets. Hana, for its part, has also amassed equity stakes in pharmaceutical giant Novo Nordisk‘s suburban headquarters in Plainsboro, N.J., and in a building in Cupertino, Calif. that was part of Apple‘s headquarters before the company moved to its new digs at Apple Park.

Other foreign investors have also made detours off the beaten path. GIC, Singapore’s sovereign wealth fund, owns billions of dollars’ worth of student housing in America, mostly in smaller cities.Overall, no country has displayed a more ravenous hankering for U.S. property than South Korea. The country is responsible for about a fifth of foreign investment in the 50 states, according to data from Prequin.