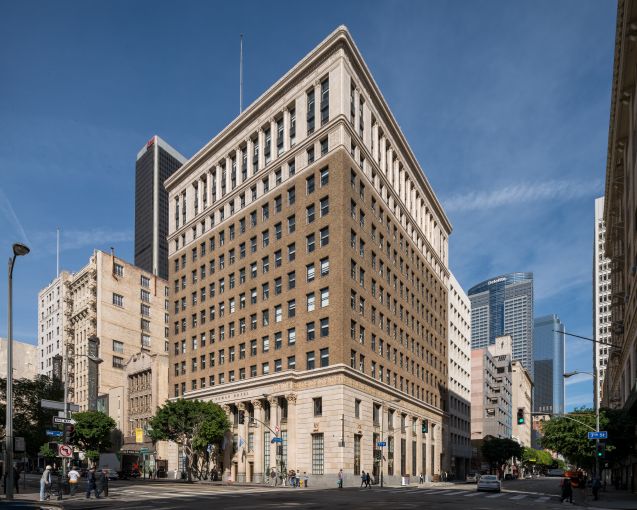 Despite ongoing pressure from home-sharing services and an influx of new hotel rooms coming online, the Greater Los Angeles region is poised to remain among the top-performing U.S. hotel markets, according to a recently released 2019 forecast from CBRE’s Hotels’ America Research group.

In Greater Los Angeles, the average daily rate at hotels in the area has continued to rise year-over-year and is expected to climb 3.1 percent in 2018 to $187 from $181.56 in 2017. Next year, average room rates are expected to increase an additional 2.7 percent to $186.54, above the expected average nationwide uptick of 2.6 percent.

The region continues to experience pricing power even as new hotel room supply is expected to peak at 2 percent this year and 2.8 percent in 2019, per CBRE’s research.

In 2018, Sydell Group’s NoMad Hotel opened in January at 649 South Olive Street and Downtown L.A.’s landmark Hotel Figueroa reopened in February at 939 South Figueroa Street, with more high-end projects in the pipeline, including Starwood Capital’s 1 Hotels eco-luxe brand which will make its West Coast debut as part of the Sunset La Cienega mixed-use project at 8500 Sunset Boulevard  in West Hollywood.

CBRE forecasts that nationwide hotel market inventory will peak at a 2 percent gain in 2018 and then stabilize with an average of 1.9 percent in the next two years.

“All indicators point to the strength of the Los Angeles hotel market,” Bruce Baltin, a managing director of CBRE Hotels’ Consulting, leading its Los Angeles practice, said in a release. “Demand is keeping up with supply growth and occupancy levels remain good by local and national standards.”

He added: “Something to keep in mind is that over the last 30 years, supply of new hotels in Los Angeles has only grown at a third of the pace of the nation. Now that we are finally seeing new hotels being added, they are quickly being absorbed by business travelers, out-of-town tourists and locals alike, particularly in the areas these new rooms are opening in, such as Downtown L.A. or along the coast.”

STR, which tracks data on the global hotel industry, had similar findings. According to its research, the Greater Los Angeles and Long Beach metro areas had an occupancy rate for the first seven months of the year of 80.6 percent.

STR data indicate that the occupancy rate nationwide increased by .8 percent for the first seven months of the year, while it was minus 1 percent for the Greater Los Angeles AND Long Beach metro areas.

Jan Freitag, a senior vice president with STR, attributed the decline to a mismatch in supply and demand with the number of rooms in the area growing by 3.9 percent, while demand “only” grew by 2.8 percent.

“When I say ‘only,’ that is still a strong increase in the number of rooms sold,” Freitag told Commercial Observer. “Last year for the first seven months, the Greater Los Angeles and Long Beach metro areas reported 17.2 million rooms sold. This year they reported 17.7 percent sold so that’s a healthy increase of 2.8 percent.”

The outlook is for room demand to continue to grow in the L.A. and Long Beach metro areas he said, but the supply will “eat up most of it,” leading occupancy to either flatten or decrease.

“Then the question is how will hotels react to that and, in this instance, we expect them to grow their room rates by 2.5 percent or so.”