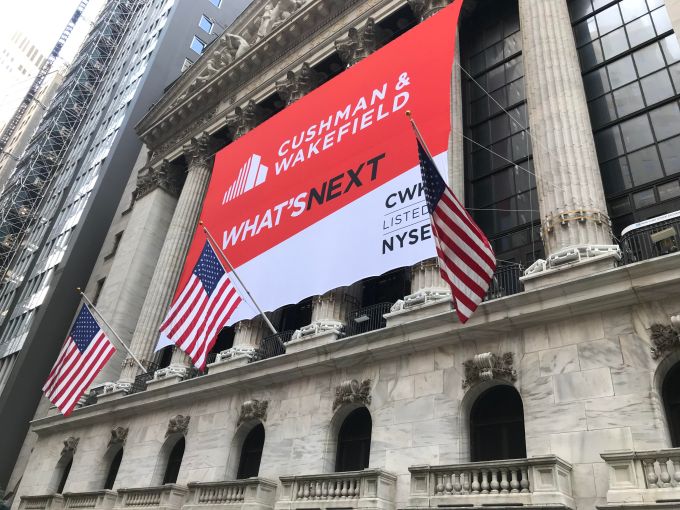 A former Cushman & Wakefield executive is suing the firm for $30 million in a race and gender discrimination lawsuit filed by Sanford Heisler Sharp on Sept. 25, according to a press release from the law firm.

Nicole Urquhart-Bradley, an African American woman, alleges that she repeatedly faced discriminatory roadblocks at C&W until she was abruptly fired as president of valuation and advisory (V&A) for the Americas in late 2017, according to the lawsuit, which was filed in D.C. federal court.

As the only black female executive leading a service line at C&W, Urquhart-Bradley claims that the real estate firm used her as a public image of diversity, which was “at odds with a deeply entrenched culture of discrimination against women and people of color.”

A C&W spokeswoman told Commercial Observer that the firm does not comment on litigation.

In 2003, Urquhart-Bradley was hired as Manager of the V&A practice group in C&W’s D.C. office. The following year, the firm promoted her to V&A manager of the Mid-Atlantic region, and in 2009, her position was expanded to cover the entire northeast region, per the complaint.

Urquhart-Bradley said her career was almost thwarted in 2010 when John Busi, then-president of global V&A, wanted to promote her to head of V&A for the U.S. Then-CEO of the Americas Jim Underhill said he didn’t believe she was “right for the role,” according to the document. Urquhart-Bradley and Busi believed Underhill, “who was unable to articulate any specific concerns” about her performance, was reluctant to promote her in part due to her gender and race.

Urquhart-Bradley did receive the promotion and grew V&A’s revenue by 59 percent between 2010 and 2016. In 2017, Busi left C&W to start a V&A division for the firm’s competitor Newmark Knight Frank. C&W gave Urquhart-Bradley his responsibilities but “refused to give her Busi’s global title to accompany them,” according to the complaint. Instead, C&W offered her the title of president of V&A Americas.

She spent much of 2017 “working tirelessly to anticipate and defend against her white male predecessor’s campaign to poach Cushman & Wakefield’s V&A team” for Newmark Knight Frank, per the complaint.

In late 2017, Urquhart-Bradley asked C&W CEO Shawn Mobley for “a small fraction of the nonmonetary retention benefits her white male subordinates had received,” according to the document, which states that, in return, Mobley “accused [her] of disloyalty and abruptly terminated her employment.”

Since being fired, C&W “has falsely claimed that her separation from Cushman & Wakefield was ‘mutual’ and has insisted on the enforcement of her 12-month noncompete agreement, thereby hampering her ability to take another position in her industry and area of expertise,” per the complaint.

“In the age of MeToo, Cushman & Wakefield is facing a new world, where the old boys’ network behaviors will no longer be tolerated,” said David Sanford, the chairman of Sanford Heisler Sharp, in a prepared statement. “The commercial real estate industry has a long-standing reputation for devaluing women; it’s time they recognize that these behaviors cannot continue.”