At a Loss: Will a Lesser-Known Tax Reform Provision Have Some Developers Paying More? 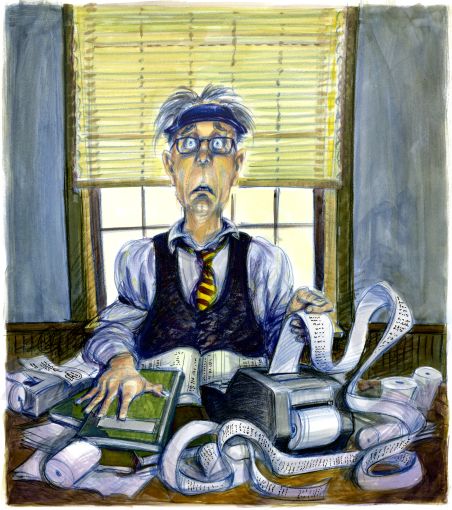 When news of last year’s tax overhaul exploded across the pages of America’s business publications, the bill’s most widely applicable provisions drew most of the headlines: changes in personal and corporate marginal rates, the doubling of the standard deduction and tweaks to mortgage interest provisions, for example.

But tax accountants with big-name real estate clients say that one new, less-discussed rule could hit wealthy developers right where it hurts.

The change, buried among rules about ownership structures, covers how individuals can use losses at pass-through businesses they control to offset income they earn from other sources, like dividends or capital gains. In the past, most taxpayers could deduct from their personal income any losses they incurred from closely held businesses—a common ownership structure in the real estate industry.

But 2017’s Tax Cuts and Jobs Act imposes strict new limitations on the size of losses that can be deducted, depending on the taxpayer’s profile, applicable on 2018 tax returns for the first time. The change could leave some owners struggling to come up with the cash to pay the Internal Revenue Service on time.

Marc Wieder, a partner at Anchin, said that because the change will only affect people who routinely incur heavy personal losses from commercial endeavors, real estate titans will comprise a disproportionate share of the tiny sliver of the general population that the new excess loss limitations will affect.

For people’s tax bills to be shaped by the new rules, “they have to be in business, and they have to be losing greater than a half million dollars [a year],” Wieder said. “How many people are in flow-through businesses? More likely than not, it’s either [people involved in] startups, or real estate.”

Because it’s far too early for Wieder to finalize his clients’ 2018 tax returns, he hasn’t seen the loss limitations in action yet. But he and his team found startling examples of how clients would have been affected by the new rule in years past.

In 2016, one of Wieder’s real estate clients, whom he declined to identify, earned a total of $11.5 million in income from non-real estate ventures, from dividends and from other sources. The client’s real estate business languished, on the other hand, losing $9 million.

Under the rules as they stood before last year’s tax reform, the client was able to deduct the full $9 million in real estate losses from his income, leaving him with a taxable rake of $2.5 million. But the new excess loss provisions, contained in section 461(I) of the IRS code, limit the business losses that a taxpayer can deduct to $250,000, or $500,000 for married people. Wieder’s client was wedded, so if he’d experienced the same gains and losses in 2018, his taxable income would have been $11 million because his deductible losses would have now been capped at $500,000.

“That’s a swing in taxable income of $8.5 million,” Wieder explained.

It’s one thing if a taxpayer’s real estate losses comprise mostly depreciation, because that kind of loss doesn’t actually make real estate investors’ wallets lighter. After buying a building, property owners can write off the value of the building on their taxes over 39 years—in other words, a buyer purchasing a building worth $39 million today could claim $1 million in losses every year for the next four decades.

The excess loss limitations do put a cap on depreciation deductions, but because depreciation isn’t an out-of-pocket expense, the disappearance of that deduction doesn’t harm real estate taxpayers as much, Wieder said.

On the other hand, owners whose real estate businesses turn in real cash losses this year could be left in the lurch. In the example of Wieder’s client, the individual would have been slapped with a tax bill for at least $4 million. Given that he only netted $2.5 million total, that could pose a problem for someone without much personal liquidity.

As a result, plenty of developers have been left to bite their fingernails while they await more clarity from the IRS about how the rules will be applied, according to the Real Estate Board of New York.

“We’re waiting to find out more” about how the IRS will interpret the provision, a spokesman for REBNY said. “The short answer is, we don’t know yet.”

As a positive for developers, the deductibility of losses from pass-throughs hasn’t disappeared entirely, however, because the Tax Cuts and Jobs Act does allow taxpayers to carry forward losses beyond the $500,000 threshold to future years, when they can be deducted as net operating losses.

But in another new change, taxpayers can now only use net operating losses to nullify 80 percent of their earnings in any given year. In other words, if Wieder’s client earned $5 million the year after his $9 million loss, he could use the previous year’s losses to deduct $4 million in taxable income, but no more.

At the very least, according to John Owsley, an accountant at EY, owners of real estate pass-through businesses will have to pay far more attention to the chronology of their earnings and liabilities.

“The changes to the…rules put greater emphasis on taxpayers’ understanding of the timing of their income and deductions when assessing expected future tax liabilities,” Owsley wrote in a commentary published earlier this year. “A taxpayer can no longer rely on the net operating loss carry-forward provisions to result in no federal tax liability in years of low taxable income relative to prior loss years.”

As far as the government is concerned, the change appears to be a revenue grab that will play a small part in offsetting the sizable tax cuts the reform granted to individuals and corporations by cutting marginal rates. Congress’s Joint Committee on Taxation estimated that the limits on the deduction of losses will earn the government an extra $137.4 billion between 2018 and 2027, when the new provision is set to expire. (In total, the tax bill is expected to cost the Treasury Department $1.46 trillion over the next 10 years, according to the Committee for a Responsible Federal Budget, a D.C.-based think tank.)

But owners whose personal solvency has hinged on the deductibility of real estate owners can likely expect to spend plenty of time on the phone with their accountants this winter.

“We’ve been talking with our clients a lot lately,” Dan Shapiro, an accountant at Berdon who often works on real estate, said. “They’re taking a close look at their exposure to see what ways they can be affected.”