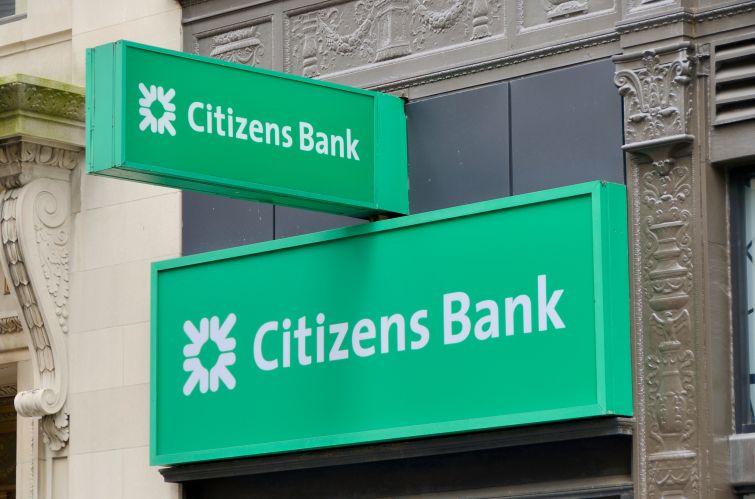 The facade of a Citizens Bank location in Boston. Photo: Getty

Citizens Bank loaned Normandy Real Estate Partners and Taconic Capital $35.6 million in financing for a nine-story office building at 401 North Washington Street in Rockville, Md., according to a press release from HFF, which negotiated the debt.

The 262,000-square-foot property, also known as Gateway Tower, includes roughly 14,000 square feet of retail space along with 648 parking spaces, per the release. Its largest tenant is research organization The Emmes Corporation.

Bill Butler, a senior vice president at Citizens Bank, told Commercial Observer that Normandy’s large portfolio in the D.C. area, its experience with sourcing buildings and creating value-add turnover and its access to NYC-based Taconic as a capital partner gave the bank “a level of comfort” in lending to the investment firm, which has offices in New York City, Boston, D.C. and New Jersey.

“They’ve proven themselves over and over and this individual asset has some good upside to it,” said Butler, adding that the deal closed within 30 days on August 31, which is “pretty extraordinary by most commercial banking or any lenders’ measure.”

A portion of the five-year, floating-rate acquisition loan will be used to upgrade the base of the building, add new common area amenities and build out various suites, according to the release.

The firms announced that they acquired Gateway Tower last month, per Bisnow, which reported that the property was sold at a foreclosure sale last year for $30 million.

HFF’s Cary Abod, Daniel McIntyre and Robert Carey, who did not return Commercial Observer’s request for comment, represented the borrowers.