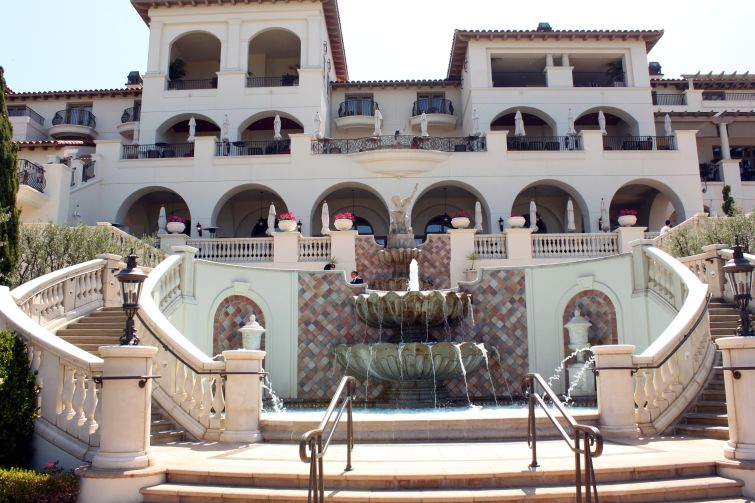 Southern California’s Monarch Beach Resort has secured one of the biggest west-coast commercial real estate financings of the year so far with a $340 million commercial mortgage-backed securities (CMBS) loan, according to rating agency documents.

The single-asset, single-borrower CMBS financing will refinance $225 million in outstanding debt on the property and also return equity to its owner, KSL Capital Partners. The lending comprises two pieces of two-year debt with five one-year extension options. The debt is split among a $238 million mortgage loan jointly originated by J.P. Morgan Chase and Barclays Bank, and a $102 million mezzanine loan. Asked to identify the mezzanine lender, a representative for J.P. Morgan declined to comment on the deal, and an executive at Barclays did not immediately respond to inquiries.

Investors in the senior mortgage will earn a floating interest rate of 2.07 percent above Libor, with provisions for a switch to the newfangled Secured Overnight Financing Rate index if Libor is discontinued. (American regulators recommended a gradual switch to SOFR in the wake of Britain’s 2012 Libor-fixing fraud.) The interest rate for the Monarch Beach Resort transaction, called Monarch Beach Resort Trust 2018-MBR, will increase by 0.25 percent starting with the fourth extension, according to Fitch Ratings, one of the credit agencies that rated the transaction.

The 400-room Monarch Beach Resort stands about 50 miles southeast of Los Angeles along the Pacific coast in Dana Point, Calif., near the southern edge of Orange County. Its 400 guest rooms are packaged alongside eight restaurants and bars, an eighteen-hole golf course, a spa and three swimming pools. KSL Capital opened the resort in 2001 as a St. Regis, but the property was rebranded following an extensive $48 million, three-year renovation that revamped the property between 2014 and 2016.

On average, the Monarch charged $386.63 for a room last year, up about 14 percent since 2015. Food and beverage revenue, at $38.5 million, slightly outpaced lodging income, and golfing brought in an additional $9 million. Two months ago, a consultancy hired by the lending institutions valued the hotel at $466.4 million, granting the debt a loan-to-value ratio of 51 percent for the senior financing and 73 percent for the mezzanine investors.

The property has turned a profit each of the last three years, clearing $21 million in 2017. But competition is fierce. STR Global, a firm that analyzes hotels, said that the Monarch has six nearby competitors totaling over 2,100 rooms, including two resorts run by Ritz-Carlton and a luxurious Fairmont property in San Diego, 50 miles further down the coast.

The Rosewood Miramar Beach, scheduled to open later this year, could also draw visitors away from the Monarch—but it will be much further north, in Santa Barbara County.

A representative for KSL did not return a request for comment.

Update: A previous version of this story gave an incorrect opening date for the Rosewood Miramar Beach.