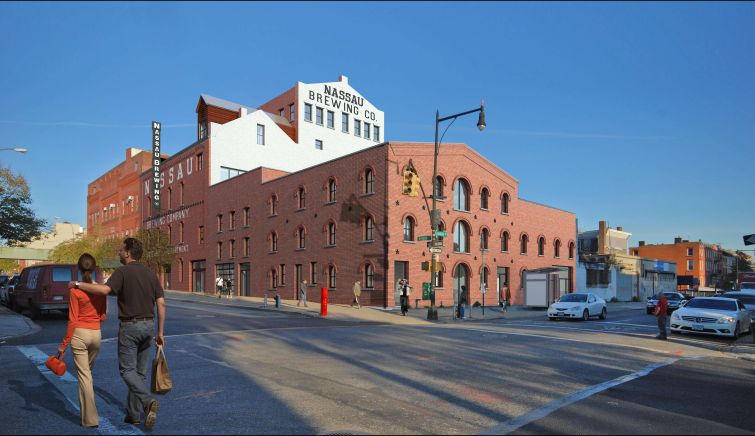 Japanese restaurateur Yuji Tani inked a deal this week for a 1,000-square-foot retail space on the ground floor of the 19th century building at 620 Franklin Avenue, according to information from TerraCRG. Asking rent in the 20-year lease was in the $70s per square foot. The restaurant will occupy the Bergen Street side of the 169-year-old brick building, which sits at the corner of Franklin Avenue between Bergen and Dean Streets.

CO reported that Tani was in negotiations for the space back in April.

Doma will be Tani’s first New York City eatery. His Tokyo restaurant, House, serves Japanese food infused with French and Northern European influences, and Tani hopes to serve similar cuisine in Crown Heights. In keeping with the domestic theme, “doma” is a foyer/kitchen entrance with a dirt floor in a traditional Japanese home, according to Miki Motegi-Hall of Vicus Partners, who helped broker the deal for Tani. It was also the part of the house where Japanese housewives would cook food in pots over an open flame.

Tani will also bring in a Japanese designer, Ikuma Kawasaki, to revamp the space. The restaurant is expected to open next spring or summer, after the building’s rental apartments begin welcoming tenants in March.

Fabian Friedland of Crow Hill Development is redeveloping the 50,000-square-foot former brewery building into 13,000 square feet of retail on the ground and subterranean floors and 37 apartments on the upper stories. He also plans to restore the long-faded Nassau Brewery signage on the exterior with the help of local architect Formactiv. Friedland didn’t immediately respond to a request for comment. The building operated as a brewery from the 1860s to 1916, according to Brownstoner.

“We are absolutely thrilled to have Yuji Tani as our first tenant,” Friedland said in an emailed statement. “His innovative style is a great match for the Nassau Brewing Company building and the neighborhood in general. We look for forward to working with him on his first US location.”

The subcellar of the property has already been leased to a speakeasy-style bar called Embassy Bar, which will occupy 2,000 square feet and include a performance space.

Peter Schubert of TerraCRG handled the deal for the landlord, and Motegi-Hall represented Tani in the transaction.

“We think it’s a perfect tenant for this project,” Schubert said. “We think it’s a unique historic property that’s so Brooklyn. That’s what this chef fell in love with.” He added that the restaurant was “part of Franklin’s evolution to a higher level of [food] offerings. It’s great for the neighborhood.”

Motegi-Hall said that Tani had been looking in Manhattan and Williamsburg, Brooklyn, but his budget—and desire to be in a gritty, older space—brought him to the brewery in Crown Heights. He wasn’t sure if the neighborhood would be the right fit for his cuisine.

“So I took him to Berg’n [next door] and that kind of encouraged him,” Motegi-Hall explained. “He wasn’t sure if Crown Heights was an area where people would enjoy his food because his food is fusion. When he saw the food and the young people at Berg’n he went to Olmstead and the other new chef restaurants [nearby]” and that convinced him to bring his restaurant to Franklin Avenue.