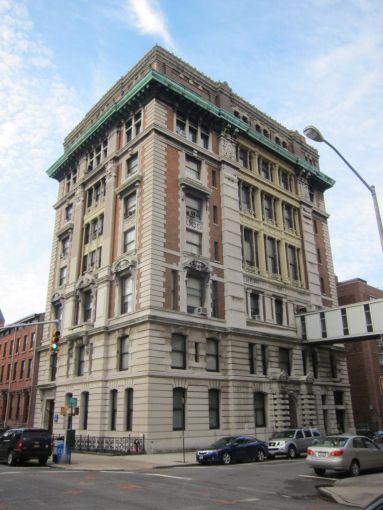 A contractor who helped convert a landmarked Long Island College Hospital building into condominium units in Brooklyn has filed multi-million-dollar lawsuit against developer Fortis Property Group for terminating its contract on the project.

The suit filed in New York State Supreme Court on Wednesday alleges that Fortis failed to pay ICS Builders for the construction work it did on the Polhemus Building at 350 Henry Street in Cobble Hill. ICS blames BKSK Architects and Fortis for delays on the project and claims that it was not paid for work it performed over the past two years. The developer fired ICS last week, citing a breach of contract because the contractor had failed to complete work on schedule, per court filings.

ICS seeks $3.4 million from Fortis and an injunction that would prevent Fortis from cancelling the contract and collecting on insurance on a construction bond.

Fortis filed a countersuit yesterday, claiming that ICS had failed to meet a deadline of substantially completing construction by Nov. 5, 2017. The developer claims that it suggested several construction management consultants to remedy the delays in March, but ICS rejected all of them. It notified ICS that it was terminating the contract on Aug. 23.

The Dumbo-based developer acquired the Polhemus Building as part of a larger, $240 million acquisition of LICH from SUNY Downstate College of Medicine. It has since been working to convert the 19th century hospital building into 17 luxury condo units.