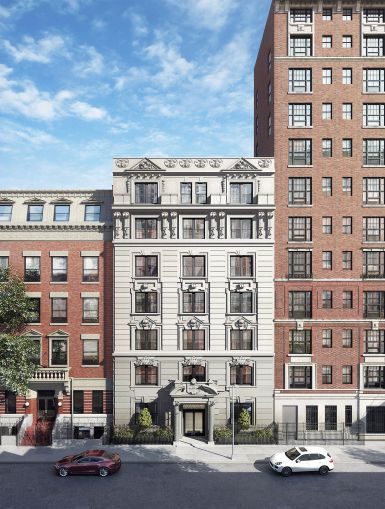 A group of 10 construction workers has filed suit in state and federal court alleging that the contractors who employed them on Greystone’s Upper West Side residential condominium project illegally cheated them out of overtime pay.

The workers argue that their bosses, Mark McCarthy of RSK Construction and Andy and Carlos Morales of Real Innovative Construction, cheated them out of overtime pay for their labor at 164 West 74th Street, according to the federal court filing in the United States District Court for the Southern District of New York. The collection of rebar workers, carpenters and general laborers also claims that McCarthy and the Moraleses regularly subtracted $500 a week from their paychecks without explanation while they were working on the project from April to June 2018.

Some workers claim they were not paid time and a half for working more than 40 hours a week, and others allege that they simply weren’t paid for dozens of hours logged on the project during the three-month period at issue in the suit. Court filings show that they regularly worked 60 or more hours a week from 7 a.m. to 6 p.m. without getting overtime pay.

The plaintiffs are seeking $100,000 in damages for unpaid wages and legal fees in the federal suit. The damages weren’t specified in the state case.

The Yonkers-based McCarthy and the Moraleses could not be reached for comment. The lawyer representing the workers in the State Supreme Court suit declined to comment, and the workers’ attorney in federal court didn’t return requests for comment.

Greystone and Prime Rok Real Estate are behind the seven-story, 14-unit condo development between Amsterdam and Columbus Avenues, which it has dubbed The Marbury. The developers are transforming the landmarked Beaux Arts building that recently served as a drug rehabilitation center, into condo units with an average asking price of $4.3 million, The Real Deal reported last year. Greystone and Prime Rok didn’t immediately return requests for comment.