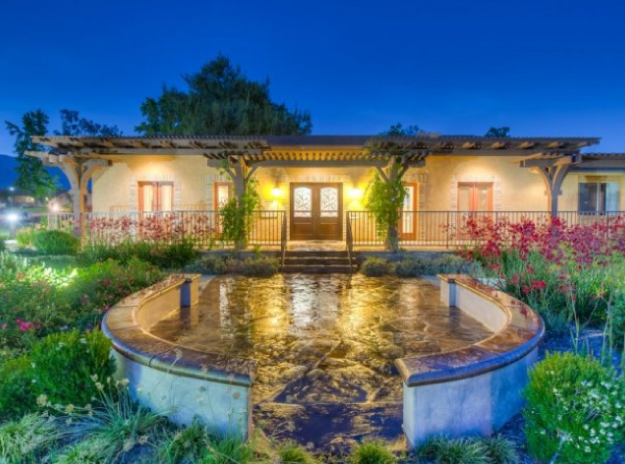 One property within Allmark's Terrace Apartments portfolio. Courtesy: Capital One

Capital One has provided $50 million in Fannie Mae financing to Allmark Properties to refinance a portfolio of six apartment buildings within a residential community in Rancho Cucamonga, Calif., Commercial Observer has learned.

The 10-year, fixed rate loan refinanced existing Fannie Mae debt, although sources wouldn’t specify the amount of debt or the lender who originated it. The new debt was secured through Fannie’s Streamlined Rate Lock program.

Allmark was eager to refinance and lock in a favorable interest rate, according to information from Capital One, at a heady time when the Federal Reserve indicated that it’s planning to raise benchmark interest rates in its September meeting. Allmark had been roadblocked in seeking a refinance due to a prepayment penalty on its existing debt, according to Capital One, so this strategy allowed Allmark to lock in rates while waiting three months for its prepayment penalty to fall to an acceptable level.

“Allmark received a substantial interest rate reduction by taking advantage of Fannie Mae’s Green Rewards Program,” Capital One Multifamily Finance Senior Vice President Chuck Christensen, who originated the debt, said in a statement. “They qualified for the program by installing fixtures yielding a 25 percent reduction in water consumption, upgrades that dovetailed nicely with other improvements it plans to implement.”

From 1970 to 1978, Allmark developed the six properties, totaling 538 units, within its Terrace Apartments portfolio—located at 8389 Fir Drive in Rancho Cucamonga, about 40 miles east of Downtown Los Angeles. Allmark Properties owns and manages over 2,500 units throughout California and Texas.

The buildings—Fir Terrace, Arrow Terrace, Cucamonga Terrace, Placer Terrace, Terrace 78 and Terrace 12—are operated as a single entity through a shared facilities agreement, according to information from Capital One.

Community amenities featured within the portfolio include tennis courts, basketball courts, a dog park, a business center, a fitness center, barbecue areas, swimming pools and a spa, according to Terrace’s website. Monthly rents at the complex range from $1,300 for studios to $1,700 for three-bedroom units, according to information from the property’s website.

An official at Allmark Properties was not immediately available for comment on the transaction.

Rancho Cucamonga—located in San Bernardino County—has also seen its overall vacancy rate drop 10 basis points, to 3.6 percent, on the year in the second quarter, according to Marcus & Millichap research.

According to commentray from Marcus & Millichap Senior Vice President William E. Hughes in the firm’s second quarter multifamily market report for the Inland Empire region, government agencies control just over 50 percent of the area’s lending market, with national and regional banks consuming a quarter of the space.

“Multifamily interest rates currently reside in the mid-4 percent to mid-5 percent realm, with maximum leverage of 75 percent,” Hughes wrote. “Debt providers are facing a rising cost of capital, leading to higher lending rates for investors. To compete for loan demand, some lenders may choose to absorb a portion of the cost increases while others will require higher equity stakes up front. More complex and creative approaches to financing properties may begin to emerge as investors seek to reach return objectives.”