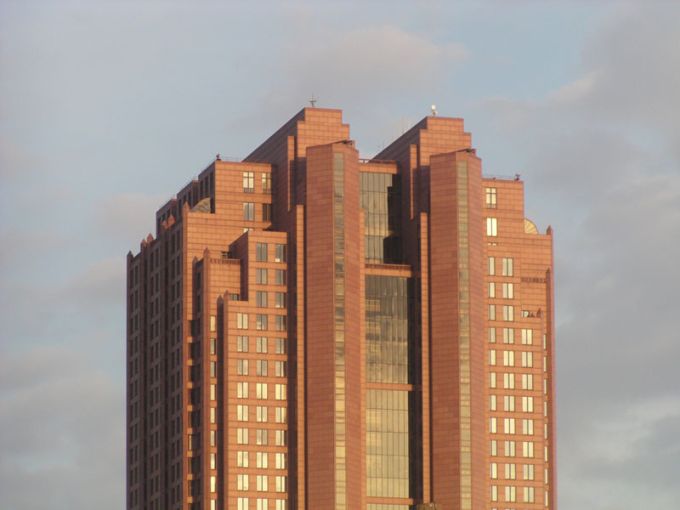 ACORE Capital has lent $157.6 million to Dallas-based NexPoint Advisors for its purchase of a major office building in the city’s Uptown district, Commercial Observer can exclusively report.

The five-year acquisition financing for the skyscraper, Cityplace Tower, is split between a first mortgage and a mezzanine loan, according to ACORE. The debt transaction, which closed on Wednesday, was brokered by JLL‘s Dallas office on behalf of NexPoint, which is an affiliate of Highland Capital Management.

“This value-add office investment entails a complex business plan incorporating multiple uses and property types,” Matt McGraner, a NexPoint executive, said in a statement, referring to the fact that the building also hosts a handful of retail tenants. “The ACORE team not only crafted a flexible, creative and entrepreneurial capital solution that met all of our needs, but it also delivered an execution that, in our experience, is unmatched in the marketplace.”

The Dallas Morning News first reported last week that the building, located at 2711 North Haskell Avenue, had been sold.

At 42 stories Cityplace Tower is the fifteenth-highest building in Dallas, but, a mile and half north of the central business district, it’s the tallest structure outside the city’s downtown area. The 1.4-million-square-foot tower has been owned since 2013 by a partnership between Parmenter Realty Partners and Angelo, Gordon & Co., who bought it for $135 million. But that sale represented a sharp drop-off from the building’s initial aspirations.

Built in 1987, Citypoint was intended as a bespoke headquarters for its developer, Southland Corporation, then the parent company for 7-Eleven. But just as the building was completed, Southland restricted, eventually landing in the hands of a Japanese conglomerate. The firm’s bankruptcy and subsequent merger greatly reduced its need for staff at Citypoint, and selling tenants on its unusual floor plates often proved a challenge. 7-Eleven moved out entirely in 2007 and sold the building to Ashkenazy & Argus Ventures for just $125 million, less than half the 1988 construction price even without accounting for inflation.

Today, Dean Foods—the corporate parent for dozens of dairy brands including Land O’Lakes and Friendly’s ice cream—and Lone Star Funds, a private-equity firm, lease office space in the building. But more than 210,000 square feet in the building were available for lease this summer, according to 42 Floors, a website that aggregates office listings.

Lance Wright, a managing director in ACORE’s Dallas office, touted the building’s location and the economy of its going rate for leases.

“Cityplace Tower is located minutes from the heart of Uptown at significantly discounted rents,” Wright said in a statement. “With this deal, we have local sponsorship acquiring an iconic Class A office tower with excellent visibility and accessibility immediately off North Central Expressway and direct access to a DART Light Rail station underneath the property.”

A co-founder of Highland Capital Management said that the company plans to invest not just in the skyscraper but in the surrounding neighborhood, in keeping with the project’s original ambitions.

“Cityplace was designed to anchor an ambitious urban development, and we believe our plans will revitalize that vision,” James Dondero told the Morning News.