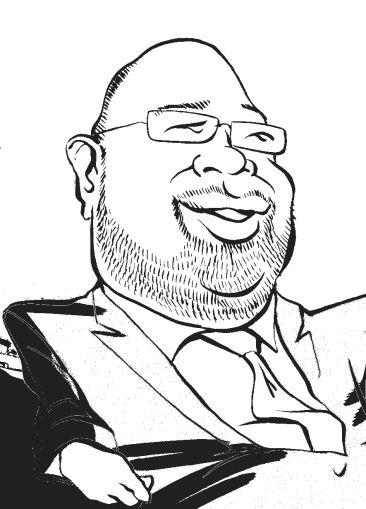 I’d like to take strong issue with Gary LaBarbera’s recent opinion column in the Commercial Observer where he unfairly attacks Stephen Ross, the chairman of Related Companies and the former chairman of The Real Estate Board of New York.

Here are some facts:

First, Related is among the largest, if not the largest, employer of construction and building service union labor in New York City.

Quite simply, the idea of labeling Steve Ross and Related as anti-union is ludicrous.

The basic issues in dispute here are twofold:

Some building trade unions are picketing two buildings currently under construction at Hudson Yards.  These particular trade unions are complaining that not all the construction workers are unionized. For instance, at one of the buildings, 92 percent of the workers are unionized and at the other (which is just beginning construction) union carpenters are hard at work. Ross and Related have also been among the most progressive employers in the industry, insisting on good paying wages and benefits.

So why has Related—given its strong historical preference to utilize union labor—chosen to develop these buildings through use of merit shops?  In 2013, Related and the Building and Construction Trades Council (BCTC) signed an agreement to use union construction labor to develop the entire Eastern Rail Yards.  Since then, BCTC has not complied with, and refuses to enforce, the agreement. It has led to unwarranted cost overruns and a perpetuation of work rule abuses that result in workers getting paid over $80,000 each year to get coffee.

The BCTC disputes these claims and each party has filed suit. Over time, the various claims by each party will be adjudicated in court.

But here are some other facts to keep in mind about Steve Ross and Related in the event, as expected, the ad hominem attacks continue:

Related is among the largest providers and managers of affordable housing nationwide and in New York City. Over 60 percent of their 50,000-plus residential apartment homes under Related’s management are part of one or more affordable housing programs, and an additional 20 percent of these homes provide workforce housing.  To date, Related has developed or acquired over 55,000 affordable housing units with a total value of approximately $3.5 billion. Currently, Related has over 7,000 units under development or under contract throughout the country with a value in excess of $1.5 billion.

Also, Ross is also among the most philanthropic individuals in New York serving on hospital, health and cultural boards, and giving generously and committing to give over 50 percent of his wealth away.

It is understandable that from time to time parties will disagree and heated words will get exchanged.  Litigation may sometimes ensue.

But to claim Stephen Ross is anti-union is preposterous.  Putting forward such mischaracterizations only makes it more difficult for a rapprochement between the building trade unions and the development community and further undermines the credibility of the BCTC.

John Banks is the president of the Real Estate Board of New York.