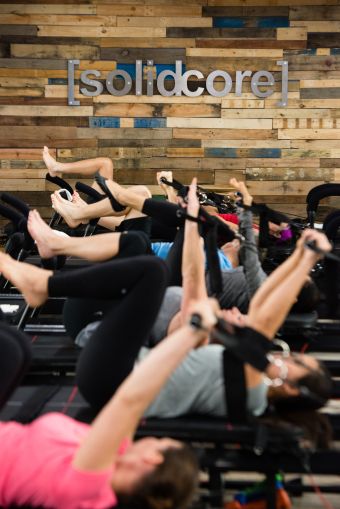 Washington, D.C.-based fitness chain Solidcore has leased 2,500 square feet at 901 H Street NE in the Atlas District, according to a release from Rappaport, which owns the under-construction property called Avec with WC Smith and the Lustine family.

Avec will replace the two-block strip mall H Street Connection, which was demolished in 2016. The development will feature 420 multi-family units and 44,300 square feet of streetfront retail, per the release. It’s slated to open in 2020.

“Avec is bridging the momentum of residential and retail activity on the east side of the H Street Corridor with the established attractions on the west end,” said Rappaport President Henry Fonvielle, in a statement. “Having Solidcore as our inaugural tenant is perfect, because the wonderful brand that Anne has built complements the energy and vitality found in this neighborhood.”

Solid Core has more than 30 locations across the country including in Adams Morgan in D.C. and 13 locales throughout the metro area. Founder Anne Mahlum said in a prepared statement that “building a sense of community among our clients and employees is incredibly important to us, so we only put our studios in neighborhoods with vibrant, active lifestyles.” She said Avec was “a natural fit,” noting the future influx of residents and parking amenities for patrons.

Fonvielle also plans to bring full-service and fast casual restaurants to the development, according to Bisnow, which first reported news of the Solidcore lease.

Rappaport’s Melissa Webb represented Solidcore and Rappaport’s Will Collins, Alex Shiel and Zach Elcano represented the landlord. They did not return Commercial Observer’s request for comment about the  asking rent or lease, which is “long-term,” according the press release.