Shake Shack and Osteria Fusco to Open in LaGuardia Airport 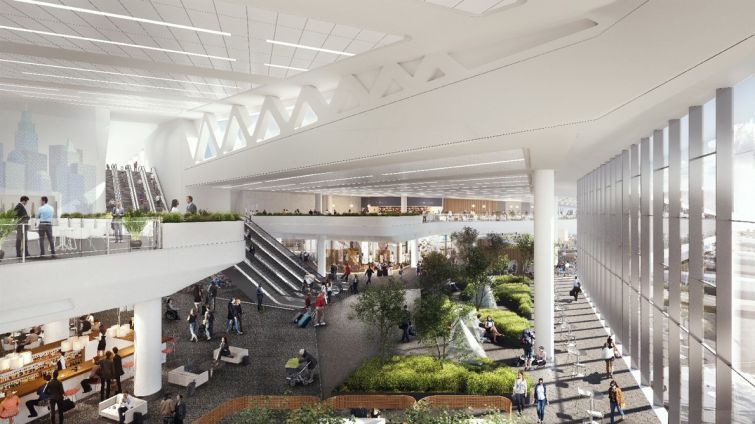 The restaurants plan to open later this year inside the Eastern Concourse of the renovated Terminal B along with chef Julian Medina’s La Chula, Kingside and Irving Farm Coffee Roasters in the nearly 7,200 square feet set aside for food and drink there, out of a total of 12,500 square feet of retail space.

“As LaGuardia Airport transforms into a modern, global gateway, it is critical that travelers have the opportunity to taste some of the best local dining New York has to offer,” Cuomo said in a statement.

“From a Hudson Valley coffee roaster, to a Mexico City-style taqueria born in East Harlem, the new Terminal B will highlight iconic restaurateurs and give travelers who pass through it an authentic taste of what it’s like to be a New Yorker.”

Aside from the eateries, the 5 Boroughs Food Emporium will also open in the terminal serving up snacks, sandwiches and drinks from shops around the city, according to Cuomo.

LaGuardia first opened in 1939 and eventually grew to four terminals with the last opening in 1992, AM New York reported. It fell into disrepair over the years with former Vice President Joe Biden likening it to a “third-world country” in 2014.

In 2015, Cuomo announced an $8 billion plan to fix up the decaying airport, unifying all terminals under one roof along with an improved roadway system and new parking lots. Terminal B—which will house Air Canada, American Airlines, Southwest and United—will open in phases starting later this year with the gates and new eateries in the Eastern Concourse, according to the governor’s office. The state expects the terminal to have more than 50 new restaurants, shops and services when it construction finishes in 2021.

Delta Airlines will handle the $4 billion facelift of Terminals C and D—which will just become Terminal C—and recently secured a $1.4 billion construction finance package to start work on the project, which the airline expects to complete in 2026.