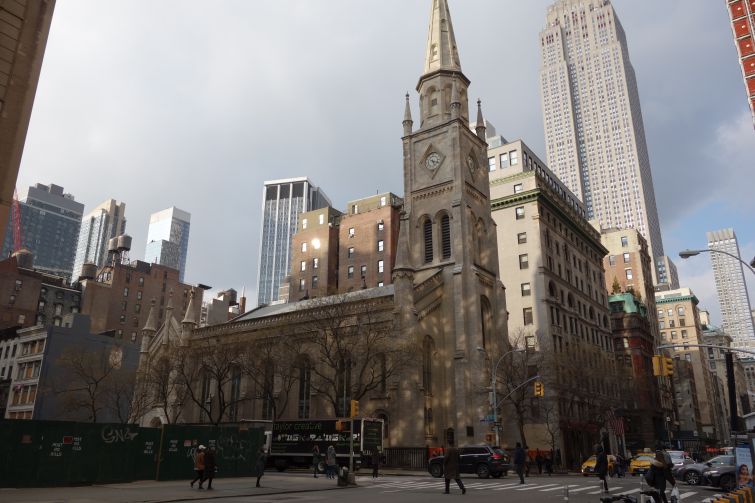 HFZ Capital Group has scored $92.7 million in financing toward its construction of a new mixed-use building in Midtown South, according to property records.

The debt, provided by Montreal-based Otéra Capital, consists of a $44.3 million project loan, a $34.5 million gap mortgage and a $14.1 million building loan on a set of parcels that span much of the north side of West 29th Street between Fifth Avenue and Broadway. Addresses taken over by the project include 3 West 29th Street, 11 West 29th Street and 8-16 West 30th Street.

HFZ Capital, a Manhattan developer founded by Ziel Feldman in 2005, kicked off work at the site four years ago by demolishing the 120-year-old Bancroft Building, which formerly stood at 3 West 29th Street. The approximately 60-story tower replacing it will host office space that could approach 600,000 square feet, New York YIMBY reported.

No estimate was available for when construction will be finished.

Renderings of the planned building, referred to in marketing materials as 29th and 5th, show a glass-curtained structure towering above the mostly low-slung architecture that dominates the blocks immediately south of the Empire State Building on West 34th Street. The new tower, designed by Bjarke Ingels Group, will feature cascading terraces along its eastern facade that will give occupants of each story access to outdoor space.

That site plan replaces an earlier concept, dating to 2014, that would have replaced the Bancroft Building with a striking 55-story mixed-use building containing a hotel as well as residential condominium apartments.

In contrast to those discarded plans, the office building now in development will have smaller floor plates of about 13,400 square feet, which will leave room for street-level park space surrounding the building’s footprint.

Representatives from HFZ and Otera did not immediately respond to inquiries.