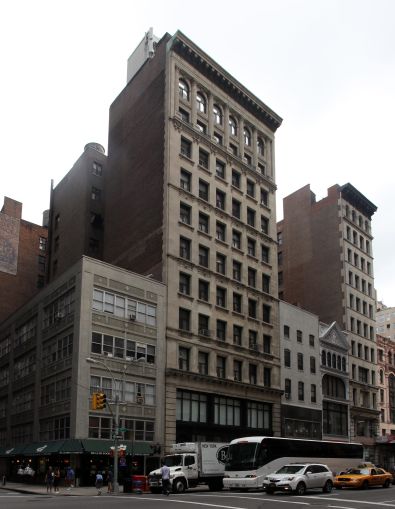 Men’s lifestyle publication Gear Patrol is moving its offices to 236 Fifth Avenue in NoMad after agreeing to take a 7,500-square-foot prebuilt space at the Kaufman Organization-owned property, Commercial Observer has learned.

Gear Patrol will occupy part of the eighth floor at the 11-story, 80,000-square-foot building between West 27th and West 28th Streets, representatives for Kaufman told CO. The publication—which spotlights upscale men’s products including cars and watches—becomes the first new tenant at 236 Fifth Avenue since Kaufman acquired a 99-year ground lease on the property last September. The real estate investment firm subsequently kicked off a $10 million-plus capital improvement program that includes a renovated lobby, upgraded elevators and improvements to the building’s technical capabilities.

Asking rent in the deal was in the high $70s per square foot, though Kaufman did not disclose the length of the lease. Gear Patrol is expected to relocate from its current offices at 24 West 30th Street in the early fall.

Grant Greenspan and Jared Sternberg represented Kaufman in-house in the deal, while Sternberg and Kaufman’s Greg Albert represented the tenant.

In a statement, Greenspan said the newly repositioned 236 Fifth Avenue “is designed to appeal to tenants that value a workspace that adequately reflects the identity of their brands.” He cited the building’s “sleek design” as well as amenities that include “gourmet kitchens” and concierge and doorman services.

“Gear Patrol was in search of an office that offered both the convenience of access to the city’s media and business communities and also provided a comfortable, inspiring atmosphere for its employees,” Albert said in a statement, adding that the prebuilt space at 236 Fifth Avenue “is an ideal fit for Gear Patrol’s stylish and modern culture.”