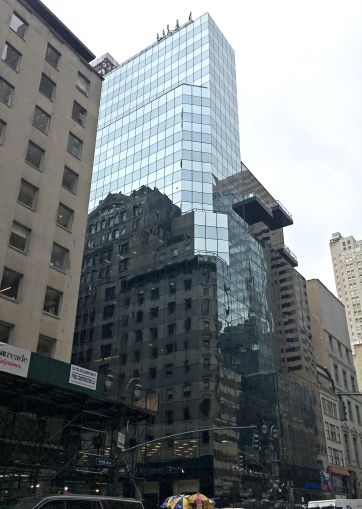 Law firm Belluck & Fox is moving up at 546 Fifth Avenue after inking a new lease that will see it relocate its offices within the Midtown office tower, Commercial Observer has learned.

Belluck & Fox signed a 10-year deal for 11,797 square feet spanning the entire fifth floor at the 22-story, 180,000-square-foot building at the northwest corner of West 45th Street, according to sources with knowledge of the transaction.

The personal injury firm, which specializes in mesothelioma and asbestos cases, will be moving its offices up one floor from its current digs on the building’s entire fourth floor, which also spans 11,797 square feet.

While Belluck & Fox has occupied the fourth floor at 546 Fifth Avenue since 2008, its new space on the floor above will feature a brand new buildout that’s being handled by the landlord, the Safra family-led JSRE Acquisitions. The firm is expected to move into the new fifth-floor space upon completion of the buildout in the next three to four months, sources said.