For Manhattan Condo Developers in a Correcting Market, the Price Must Be Right

With the boom times of 2015 behind them, market players are finding that success depends on location and quality of product 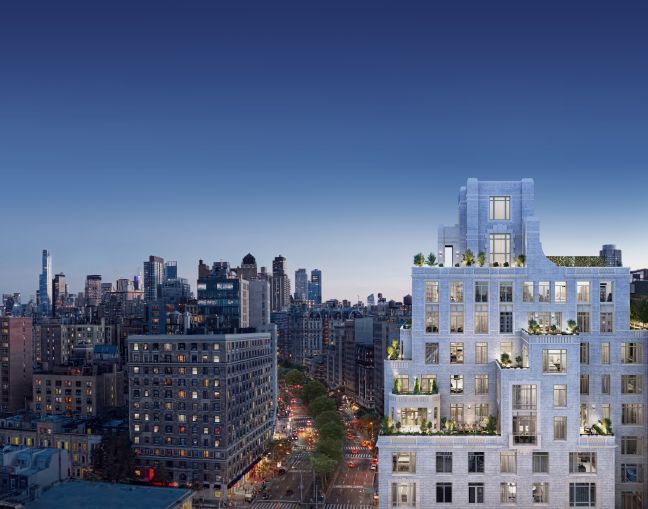 These are tricky times for Manhattan condominium developers. Since the heady boom times of 2014 and 2015—when Billionaires’ Row became a household phrase and a first wave of shiny, slender skyscrapers sought to shape the Manhattan skyline—New York City’s residential condo market has undoubtedly found itself in a state of correction.

It all started rearing its head around 2016, when an unexpected and unprecedented presidential election triggered macroeconomic uncertainty and concerns about a supply glut in condo inventory—most characterized by the slew of ultra-luxury developments, featuring astronomically priced apartments, found along 57th Street in Midtown—began to take hold.

Since then, the city’s condo market has been marked by slumping sales and slipping prices, particularly on the luxury end of the spectrum in Manhattan. With more than 6,000 units of new development inventory sitting on the market, the average asking price for a newly built Manhattan apartment fell nearly 4 percent year-on-year in the first quarter of 2018 to $2,513 per square foot, according to data from Halstead Property Development Marketing.

Manhattan condo and co-op sales at large, meanwhile, dropped 25 percent in the first quarter compared to the previous year—their lowest level in more than six years—while the average sales price dipped 8 percent in the same time frame, according to a report from Douglas Elliman prepared by appraisal firm Miller Samuel. The luxury market felt the brunt of the slide, with the average sales price down 15 percent and transactions down 24 percent year-over-year while luxury inventory climbed more than 15 percent.

Jonathan Miller, the president and CEO of Miller Samuel, attributed the slowdown to a “sheer heavy volume of [luxury condo] units coming to market” that has caused a “slow buildup of inventory,” as well as economic factors like a stronger dollar that has weakened interest among foreign buyers.

“The billionaire or super-luxury market was not as wide and deep as everyone thought,” Miller said. He added that, like most housing markets across the country, the city’s condo market is “soft at the top and tighter as you move lower in price.”

And yet, while acknowledging that the halcyon days of several years ago are over for the time being, condo developers and financiers who spoke to Commercial Observer largely expressed their continued faith in the market. They spoke of a New York City market that has certainly evolved to become more selective, but one where—given the right product at the right price in the right location—there is still ample demand for for-sale residential product.

“There’s no real generalization in terms of the status of the [condo] market,” said Kenneth Horn, the founder and principal of development firm Alchemy Properties. “The market is as good as the product you’re delivering, the pricing you’re delivering and the geographic location.” Alchemy is currently working on three separate Manhattan condo development and redevelopment projects of differing profiles that Horn said depict how the market can vary on a case-by-case basis.

On the Upper West Side, at 250 West 81st Street, the developer teamed up with private equity giant Carlyle Group on a Robert A.M. Stern-designed building that launched sales earlier this year to a strong reception. Alchemy has raised prices five times at the building, which has sold 25 of its 31 units and is “hitting [unit] prices and prices-per-square-foot that are higher than we predicted,” Horn said.

Apartments at the development, which is due to open next year, are going for roughly $3,000 per square foot, with Horn noting that sales have ranged from two-bedrooms “in the $3.5 to $4 million range” up to combined units that have sold for north of $20 million. “What’s interesting is that the most expensive apartments sold first,” he said. And in a luxury condo market where the perception has long been one of foreign wealth driving sales, Horn was keen to note that 80 percent of the buyers at 250 West 81st Street are based locally and that the building has seen “no foreign buyers.”

Horn attributed the project’s success in an altogether tepid condo market to the profile and quality of the product Alchemy is developing—including its limited unit count, its 6,000 square feet of amenities and its design by a world-renowned architect. Perhaps even more importantly, he noted its location on the Upper West Side, where there’s “not a lot of [new condo] product”—a fact echoed by other market participants.

“That’s a perfect case study of a development that’s in a supply-constrained neighborhood, in a prime residential location and with a Robert A.M. Stern design—that’s something that fits into the bucket [of condo projects that are doing well],” Robin Schneiderman, the director of new business development for Halstead Property Development Marketing, a division of residential brokerage Halstead, said of 250 West 81st Street.

Indeed, of all the Manhattan neighborhoods tracked by Halstead, the Upper West Side experienced the largest quarter-over-quarter increase in the average price per square foot of contracts signed or closed in the first quarter—a more than 16 percent jump, to $2,270 per square foot.

Developers, for their part, have caught on and are looking to capitalize on the obvious demand for apartments on the Upper West Side, with Ziel Feldman’s HFZ Capital Group at work on a condo conversion of the historic Belnord rental building at 225 West 86th Street that is targeting a sellout of $1.35 billion and Gary Barnett’s Extell Development Company drawing up plans for a condo tower at 50 West 66th Street that would be the tallest building on the Upper West Side. (Extell and HFZ did not return requests for comment.)

“The ultra-luxury market is still over-served, but we’re experiencing a strong response to our projects,” said Stephen Glascock, the founder and president of condo development firm Anbau. Glascock’s firm is among those active on the Upper West Side, where Anbau is putting the finishing touches on a new 19-unit condo project at 207 West 79th Street. The building, where prices run nearly $3,000 per square foot and units range from roughly $4.5 million to $15 million, is more than 60 percent sold since sales launched in late 2016. “Price and location continue to be the forces that are driving the market. For well-located submarkets, there is no shortage of demand for good product,” Glascock said.

Conversely, some submarkets are finding less luck attracting buyers than others, at least at the prices developers would like. Alchemy’s two other projects exemplify this dynamic to varying degrees; at The Noma at 50 West 30th Street, the developer is marketing to younger, first-time buyers at a price point in the low $2,000s per square foot and finding some success. (Horn said 18 of the building’s 55 units have closed since sales launched in mid-2016 while another 13 are in contract, with no one-bedroom apartments remaining.)

Meanwhile, Alchemy has been quiet on sales at its ultra-luxury residential conversion of the upper 30 floors of the iconic Woolworth Building, which includes a sprawling 9,500-square-foot, $110 million penthouse. While it would appear that the project has suffered from the effects of the high-end condo slowdown, Horn said “interest [has] picked up enormously over the last four to five months” as the Woolworth’s new residential units have gradually been completed.

Still, he described the “ultra-luxury realm” as “a tough market to be in” at the moment and other sources expressed similar opinion—especially when discussing condo developments in markets that are considered saturated or less desirable residential locations.

There are concerns, for instance, about how the Lower Manhattan market is dealing with a considerable influx of inventory, with areas like the Financial District experiencing a sizable uptick in residential development in recent years. Farther north, new luxury buildings in relatively untested condo markets are believed to be suffering from disappointing sales velocity—with RFR Holding’s 100 East 53rd Street in Midtown East cited as one example, despite the fact that it came with high-end finishes and a glassy Foster + Partners design. (“Fifty-Third and Lexington has never really been a desirable [residential] location,” one source said. “They’re trying to outperform the local market by 25 percent, and it’s just not happening.” RFR declined to comment for this story.)

But in general, market insiders and participants noted an improved outlook on the Manhattan condo market in recent months, and developers are keeping an eye on a supply pipeline that could well be in need of a boost in coming years once the current slate of luxury high-rise developments are built and absorbed.

“Our general view is that most of the [condo] product will be done and sold in the next two to two-and-a-half years,” said Josh Zegen, a co-founder and managing principal of Madison Realty Capital. “As a developer, I’m seeing it’s a good time to start projects.”

Zegen’s firm is active in the market as a developer, lender and equity partner. Madison is “almost sold out” at its 16-unit boutique condo development at 1 Great Jones Alley in Noho, which Zegen attributed in part to the “landmarked” neighborhood’s relatively limited new development supply, while the firm also recently sealed a $90 million preferred equity investment in the Steinway Tower at 111 West 57th Street—the supertall skyscraper being built by JDS Development Group and Property Markets Group that is among Billionaires’ Row’s highest-profile new developments. (Representatives for JDS and PMG did not return requests for comment.)

While 111 West 57th Street’s developers responded to the initial signs of a luxury market slowdown by delaying the project’s sales launch a few years ago, Zegen said Madison believes the development will find success even at its ultra-luxury price point. “We think it’s some of the best product on 57th Street,” he said. “If you look at the next three years, that inventory has started to dwindle; 220 [Central Park South] and 432 [Park Avenue] are substantially sold. Our view is 57th Street is a corridor that’s here to stay.”

Zegen added that the greater sentiment around the Manhattan condo market has picked up in “the last six months,” with new developments that offer the right mix of price, location and quality finding success in a competitive marketplace. “If it’s a well-conceived project in a good location, that product is going,” he said. “If it’s an okay product, [priced] well above market, you’re seeing things stall.”