What a Distressed CMBS Deal Can Tell Us About Special Servicing 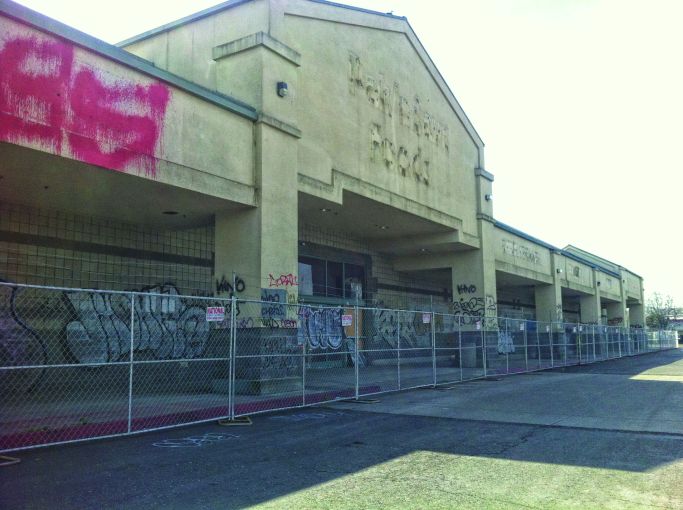 It’s just a fight over a property worth about $10 million—peanuts in big-city commercial real estate.

But the issues raised by an ongoing commercial mortgage-backed securities dispute in Northern California shine a spotlight on the ways CMBS special servicers can stand as a roadblock to distressed sponsors trying to resolve debt on assets threatened by foreclosure.

Loans destined for CMBS tend to come to borrowers on more favorable terms initially with slightly cheaper interest and more proceeds than what would be available from a bank or a debt fund. The conventional wisdom attributes that to the way securitization banishes uncertainty by pooling loans, driving down the amount of compensation investors seek for taking on credit risk. An endless universe of investors are willing to buy small segments of risk, boosting the cash borrowers can extract from their properties relative to traditional lending.

“Typically, CMBS loans offer more proceeds, and a higher interest-only component,” Richard Horowitz, a principal at finance brokerage Cooper Horowitz, said, referring to the period during which debtors aren’t responsible for paying down principal. “It just has to do with how much liquidity is in the market. There are so many buyers for [CMBS originators’] books.”

But as Bay Area developer George Arce now knows all too well, special servicers have special ways of making life a living hell for sponsors of distressed CMBS assets—a fact that some advocates for CMBS borrowers say rigs the system in favor of creditor groups when loans go bad.

Arce’s woes go back to 2005, when he led his company, Centers Dynamic, in its purchase of Coliseum Center, at the time a run-of-the-mill outdoor mall at 640 Hegenberger Road in Oakland, Calif. The center stands in a low-rent commercial and industrial area of Oakland anchored around a nearby sports complex in slow decline, as its three major teams are all hoping to decamp from the property in the next few years.

Three smaller retail pads at Coliseum Center were leased to fast-food chains and a car-repair shop, but the center’s fortunes depended above all on a 58,000-square-foot Pak’nSave, by far Coliseum Center’s largest tenant. Its lease expired in 2011, and Arce could only retain the store by negotiating an extension at a significant rent discount. As a result, and exacerbated when the extension expired in 2012, Arce and his co-owner, a firm called Kera, could no longer make payments on their mortgage, and the property’s value declined to an amount significantly below the loan’s outstanding balance.

According to data that Arce found when he looked up his loan on Trepp in December 2013, LNR, acting as special servicer on behalf of the deal’s CMBS trust, GCCFC 2005-GG5, wrote the value of the shopping mall down to a mere $4.8 million—more than two-thirds below its value, in the 2005 acquisition, of $14.6 million. If Arce’s had been a balance sheet loan, escaping from foreclosure would have been a simple matter of coming up with the equity to buy the lender out. As property values began to recover in the early 2010s, Arce hired an architect to draw up plans to renovate his distressed asset and lined up a series of eager investors ready to chip in enough cash to value the property well above LNR’s stated figure.

Mysteriously, however, LNR was utterly unwilling even to entertain conversations about a restructuring that would make bondholders whole, court documents show. In a filing in a case arising from the dispute in California Superior Court, Arce submitted evidence that between 2014 and 2016, he came to LNR at least a dozen separate times with legitimate offers to pay down the entire principal of his CMBS debt with a parade of equity partners, only to be persistently—and inexplicably—ignored.

Phil Wang, a lawyer at LNR’s firm, Duane Morris, consistently failed to respond to Arce’s overtures. Eventually, LNR’s heel-dragging got so bad that a bankruptcy court judge, Roger Efremsky, expressed “increasing impatience with the long delay with no engagement by the lender,” as per a court filing.

But though LNR was finally spurred into negotiations, the judge’s warning wasn’t enough to force the parties to close a deal. In one proposal, LNR could have accepted a sale of the property for $17 million to a buyer court documents label as “credible and capable of closing on such a sale,” but LNR declined to sign on the dotted line.

“Time and again we made a deal, only to have [LNR] change the terms at the last minute,” Arce wrote.

John Flynn, a Seattle-based advocate for CMBS borrowers who has worked with Arce, said he believes that LNR’s alleged duplicity is par for the course.

“The special servicing role carries an inherent conflict between performing for the [investors] or performing for their own interests because special servicers have extensive commercial real estate interests and relationships across the nation,” Flynn wrote in a court brief in Arce’s case. “The timing of events, the special servicers’ reporting to the CMBS trust and the market and the comparative actual facts in this case make it apparent that [LNR] has been…misreporting and omitting information provided to CMBS investors.”

At first, Arce suspected that LNR was stonewalling him to drag out the case in order to collect servicing fees, he said. But as litigation proceeded, he became increasingly wary of the servicer’s relationships with other stakeholders.

When his co-owner, Kera, had filed for bankruptcy, the duo was approached by Bluett & Associates, a Sacramento, Calif.-based property manager, to care for the troubled Coliseum mall and preserve its value. But he soon discovered that Lori Bluett, the principal of the firm, also retained Duane Morris, the same law firm that represents LNR.

“Was Bluett really going to be looking out for the best interests of the property?” Arce remembered wondering.

He got his answer when, less than a week after LNR completed a foreclosure sale of the mall, Arce was notified by his insurance company, Zurich American Insurance, that Bluett had filed a claim for compensation for damages caused by vandalism. Arce was aware that homeless people were camping out at the distressed mall, but Bluett never told him that there had been theft.

Arce now suspects that LNR covertly recruited Bluett to approach him and propose to serve as the property manager. Why else, he asked, would she have waited until the foreclosure sale to tell Arce—her boss, after all—that she was thinking of filing an insurance claim?

“My assumption is that she didn’t approach us by chance,” Arce said. “It’s stunning to see that she clearly had a bias to make [LNR] happy.”

A representative for Bluett was initially open to an interview but did not return calls after learning Commercial Observer was interested in the Oakland deal. Duane Morris didn’t respond to inquiries, and LNR declined to comment through a spokesman. Jeffrey Pitcher, a Phoenix-based attorney at Ballard Spahr who was not involved in the Coliseum Center litigation but who has represented LNR in other matters, acknowledged that special servicers in general have often drawn the ire of frustrated borrowers with LNR as no exception.

For his part, as Arce awaits the beginning of three different new legal proceedings around the Coliseum loan, he’s nonplussed to reflect on the seven years of his career spent managing a single troubled CMBS loan he signed almost 15 years ago.

“It has been the worst experience of my life,” Arce said. “It’s torn my family apart, and it’s torn my life apart.”

Maisy Wong, a professor at the University of Pennsylvania’s Wharton School, has found compelling evidence of the damage done to borrowers and investors alike by servicers’ relationships with other real estate institutions. In a 2016 paper, Wong examined the loan-resolution work of four special servicers that have been acquired by other large real estate firms: Berkadia, C-III, LNR and CWCapital. LNR, for example, is owned by Starwood Property Trust, a large debt fund for whom distressed debt is “a primary theme,” according to its website.

Examining data for 9,272 loans by those four special servicers between 2003 and 2012, Wong found that they had loss rates 8 percentage points higher than before they were acquired, relative to independent special servicers. That equates to a staggering $2.3 billion more in written-off losses.

It’s a troubling discrepancy that the professor speculates can be largely attributed to servicers’ conflicts of interest.

If servicers, such as LNR, are affiliated with buyers of distressed real estate, like Starwood, they might be motivated not to entertain restructuring, preferring to sell troubled assets straight to their other business units, Wong theorized. And even if an affiliated company isn’t the final buyer, servicers could steer distressed asset sales through other closely tied enterprises.

“Loan losses can be greater either because assets are liquidated at lower prices or [because] fees incurred to sell the assets are higher,” Wong wrote.

Asked whether servicers affiliated with distressed-asset buyers tend to favor their own interests over investors’, Ann Hambly, an advocate for CMBS borrowers at First Service Solutions, said, “I do believe that—100 percent. Take any other [servicer] who’s not affiliated, and they don’t have the same incentive.”

Most of all, Arce remains bemused by how often LNR’s actions were diametrically opposed not only to his own interests but also to investors’. What reason could LNR have had for turning down multiple restructuring offers greater than $10 million for a property it valued at less than $5 million?

“What’s fascinating about this is that the whole reason the decision was made to go into bankruptcy is that we thought there was equity that could be protected and created,” Arce said. For now, the developer can do little but await action from the courts. “I am really hopeful. But—Jesus. What a mess.”