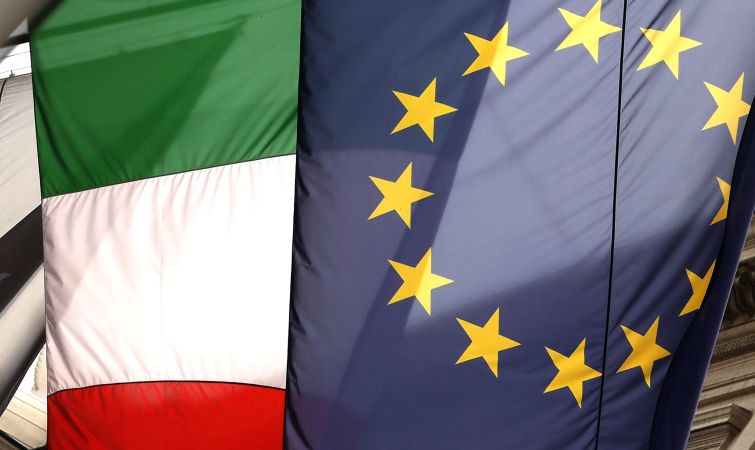 After Brexit, is there an Italeave in the works?

The recent rise of populist political movements and anti-European Union sentiment in Italy, coupled with its relative economic instability, sent global markets into a mini frenzy as investors flooded into safer investments, most notably U.S. 10-Year Treasury bonds and the U.S. dollar.

Analysts note that this bodes well for the U.S. commercial real estate market in the short term and could result in a short window for investors to lock in lower fixed mortgage rates.

Just last week, Italian bond yields reached their highest level in nearly three decades, climbing over 100 basis points over a two-week period, surpassing that of the U.S. 10-year Treasury, which has tumbled 34 basis points since May 13, according to CBRE research from May 30.  Some analysts predict the drop in U.S. bond yields will lead to lower rates.

The Italian economy is the third-largest within the Eurozone and the eighth-largest in the world, which signals that any extended period of political and economic turmoil could hamper the Euro area and prove troublesome. For the U.S., this presents some opportunity.

Bond yields have chased down interest rates, but analysts are still expecting the Federal Reserve to maintain its current short-term rate hike strategy, which has it poised to raise rates at least twice more this year in line with inflation slowing creeping upward. The Fed stood pat in May, which cleared the way for a possible June hike should the economy perform as it expects, as it indicated in its May meeting.

Moreover, U.S. debt to GDP levels are down more than 2.2 percent compared with its last peak of 23.1 percent in 2009, and loan-to-value (LTV) ratios on permanent, fixed-rate financing show lower leverage levels versus 2007—59.8 percent to 75.3 percent, according to CBRE.

Ultimately, the U.S. commercial real estate industry is in a relatively advantageous position in relation to the last cycle, should rates actually climb. The market’s defensive posture and low leverage levels have worked to insulate assets and signal a shift to enter into longer-term, more stable investments, especially in multifamily, where the U.S. government has played a key role.

“I think [it could last] a month, so it’s time enough to do something,” said Richard Barkham, executive director and global chief economist at CBRE. “It could be a bit shorter, say, two weeks to six weeks. What we’ve found is when you look at the global economy in general, including debt-to-GDP ratios, it’s also corporate debt and in some countries, consumer debt. Debt levels are high in Europe while U.S. real estate has not been as aggressive lending as leverage levels are lower than prior to the last financial crisis. Banks have been more cautious, partly due to regulation, but there’s also a lot more equity in the market, chasing real estate. If for instance the crisis in Italy got worse and it rattles the global economy, we see U.S. real estate as being relatively stable.”

Jeffrey Levine, the founder and chairman of Douglaston Development, has already realized a lower rate at his 40-story, 631,600-square-foot rental development at 2 North 6th Street in Brooklyn.

“I’ve learned that the market does what it wants to do and you deal with it,” Levine said. “At 2 North 6th Street in Williamsburg, in nine months, in keeping with projects achieving net rents and absorption, we should have the building fully occupied; it’s 60 percent occupied already. Lenders are being so aggressive in terms of getting money out that they’re more than happy at 60 percent occupancy to provide permanent financing. We are in the process of a permanent mortgage, and we’ll close in 30 days and lock in a rate within the next week. We’re just waiting on the appraisal.

“The bottom line,” Levine added, “Six months ago there was a low point in the 10-year Treasury. In the long term, it has to go up domestically. It’s the only tool the Fed has aside from fiscal responsibility.”

The market fluctuations came following a decision last week by Italian President Sergio Mattarella to veto the appointment of Paolo Savona, a EU skeptic, as economic minister, essentially bringing a populist movement Mattarella approved on May 23 to a grinding halt.

Savona was the pick of prime minister-in-waiting Giuseppe Conte as economic minister of the coalition between the anti-establishment Five Star Movement and the anti-immigration League—a combination of two populist movements that have stoked fear that Italy could possibly leave the EU and revert back to a single currency system.

Real estate and global economic analysts believe this political shock will only last a short while—Italy has indeed undergone 64 political crises since the end of World War II and tends to find a way to work through them.

“I think people will be watching carefully,” said David Hutchings, the head of the European investment strategy team within Cushman & Wakefield’s cross border capital markets group. “How the rest of Europe, in particular, reacts to that is going to be telling. If there’s going to be an increase in deficit spending in Italy, that could potentially rub up against restrictions on EU members. People will be watching how the rest of the EU reacts to that. It may take a year or so to wash through as investors have seen a spike in risk.”