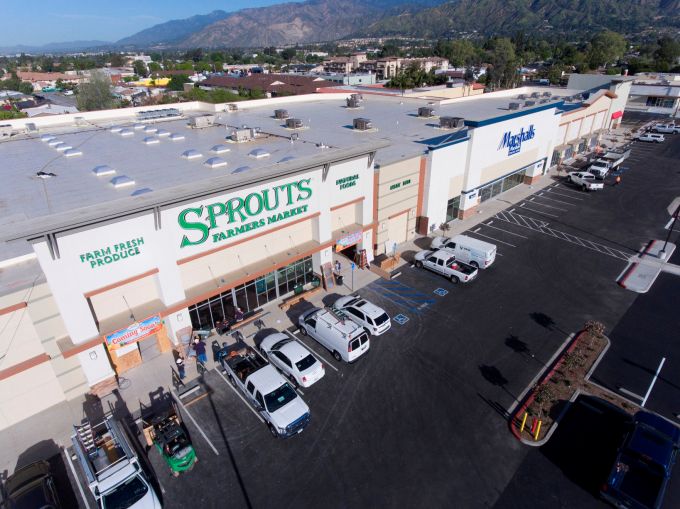 An affiliate of Champion Real Estate Company has sold the redeveloped Grand & Alosta in Glendora to Clarion Partners.

HFF, which represented the seller declined to provide a price, but a source with knowledge of the deal said it sold for $34.2 million.

Clarion Partners acquired the 70,811-square-foot grocery-anchored retail center at the intersection of Grand and Alosta Avenue along Historic Route 66. The property is co-anchored by Sprouts and Marshalls and is 100 percent leased, according to a release from Champion Real Estate.

HFF’s Bryan Ley, Gleb Lvovich and Justin Kundrak represented the seller, while the buyer was self-represented. Clarion Partners did not respond to calls for comment.

Champion Glendora, an affiliate of Champion, acquired the vacant 85,615-square-foot building in 2016 for $13.5 million, according to city property records. The group invested $32 million to reconfigure the property, which was scheduled for completion in July 2017, according to Shopping Center Business.

“This was the perfect example of Champion implementing its value-add business strategy by acquiring an underperforming asset, redeveloping it into a stable property and selling it to a qualified owner-operator,” said Chris Wilson, an executive vice president and retail partner at Champion Real Estate Company, in the release. “Champion will look to acquire a multifamily property with the proceeds.”