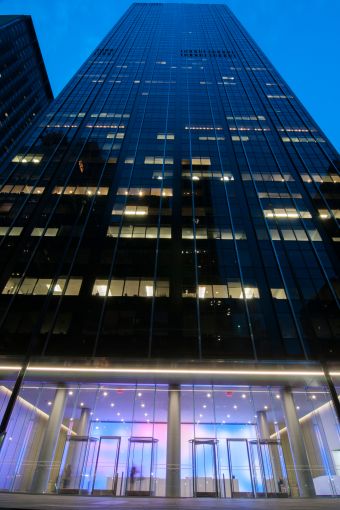 The Association of International Certified Professional Accountants (AICPA) has signed a 29,827-square-foot lease at Fisher Brothers‘ 1345 Avenue of the Americas to downsize and relocate its current offices within Midtown, Commercial Observer has learned.

The organization, which provides information and resources for professional accountants and accounting students in 179 countries, will occupy a majority of the 27th floor of the 50-story tower between West 54th and West 55th Streets, according to information provided by the landlord.

“We are thrilled that we could accommodate AICPA for its seven-block journey up Sixth Avenue,” Winston Fisher, a partner at Fisher Brothers, said in a prepared statement.  “In addition to its desire to remain in this premier office destination, we believe AICPA was drawn to 1345 Avenue of the Americas for its transformed lobby and entrance, reimagined outdoor plaza and planned amenity center.”

Fisher Brothers is currently completing a $65 million renovation of 1345 Avenue of the Americas designed by Skidmore, Owings & Merrill.

JLL’s Ken Patton, Tucker Farman and Ellen Herman handled the deal for AICPA, while Fisher Brothers was represented in-house by Marc Packman and Clark Briffel alongside a separate JLL team of Cynthia Wasserberger and Betsy Buckley. The JLL brokers on either side did not immediately return a request for comment via a spokesman.