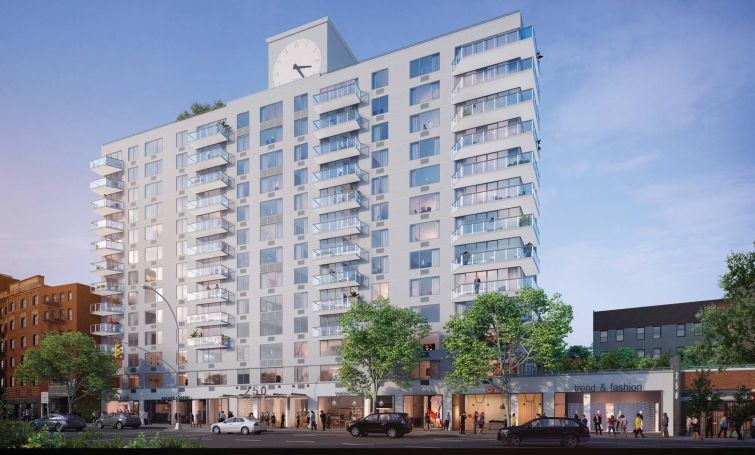 The company signed a 10-year, 2,000-square-foot ground-floor lease at the base of the 13-story residential condominium between Avenues A and B, for the yoga studio’s eighth location in Manhattan, according to information provided by the landlords’ brokers. The asking rent was $200 per square foot.

“This deal with Y7 reflects the emerging wave of boutique fitness options continuing to open all over the city, and Y7 is one of the leaders as they are developing a cult-like following with their yoga classes,” Richard Skulnik of Ripco Real Estate said in prepared remarks. “The East Village is known as one of the most vibrant and desirable neighborhoods in the city. Y7 coming to this location solidifies that as well as the retail shift towards fitness and wellness that Ripco is seeing across our client list.”

Skulnik along with Ripco’s Jeremy Modest and Andrew Mandell represented the landlords, Rockwood Capital and Dermot Company, in the deal.

Rockwood and Dermot, which acquired the 10,000 square feet of retail in October 2016 for $52.6 million, are renovating their space with a reskinned facade, new retail storefronts and a new glass residential building entrance.

Y7—which uses infrared heating and no mirrors in its studios—launched with a studio in Williamsburg, Brooklyn in 2013. That studio was relocated within Williamsburg to 170 South First Street at the beginning of 2017. The company has been on a tear with plans to bring the total number of outposts to 15 by the end of 2018, according to a spokeswoman for Isaacs and Company. Recently opened locations include one in 3,500 square feet on the second floor at 54 West 39th Street near Bryant Park and one in 3,580 square feet on the third floor at 410 West 14th Street in the Meatpacking District. Outside of New York City, the company has two locations in Los Angeles.

Jeremy Aidan of Isaacs and Company, who has represented Y7 in all of its New York City deal, said the East Village deal closed early this month.

“Y7 is excited about this location because they are positioned between two integral neighborhoods—East Village and the Lower East Side,” Aidan emailed. “The studio will be in walking distance of thousands of new apartments including 265 East Houston, 196 Orchard, Essex Crossing and of course 250 East Houston’s redevelopment.”