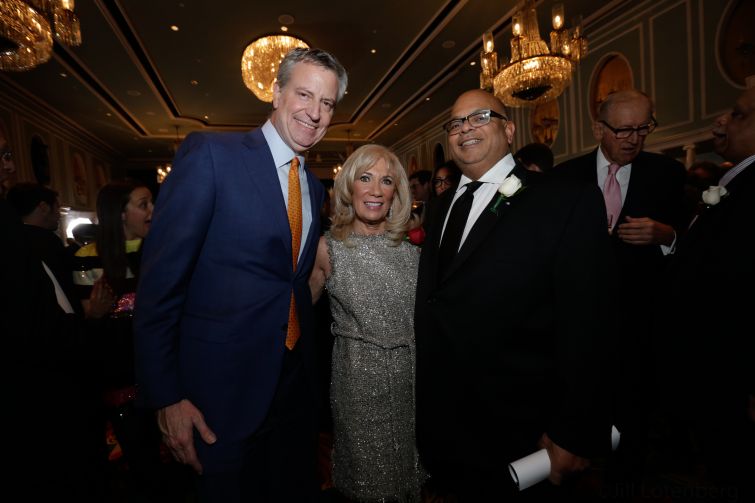 As Mayor Bill de Blasio jumps on the “vacancy tax” bandwagon, the Real Estate Board of New York and brokers are crying out in opposition.

Details on a potential vacancy tax—which would levy landlords that let their retail spaces sit vacant for long periods of time—have been scant, but Blasio said he would support one in an interview on the Brian Lehrer Show on WNYC last Friday.

“I am very interested in fighting…for a vacancy fee or a vacancy tax that would penalize landlords who leave their storefronts vacant for long periods of time in neighborhoods because they are looking for some top-dollar rent but they blight neighborhoods by doing it,” de Blasio said.

REBNY said the new tax, which originated with Manhattan Borough President Gale Brewer last year, is hogwash. The organization claimed that that’s not the solution when vacancies are coming as a result of economic issues that tenants face, rather than landlords, such as minimum wage increases, the paid sick leave requirement and the battle against e-commerce.

“The city’s retail environment is going through a transition primarily due to macro-market forces, like Amazon, and increasingly unfriendly local regulations,” John Banks, the president of REBNY, said in a prepared statement provided to Commercial Observer in response to the mayor’s comments. “Property owners take a substantial financial hit when they are unable to secure a tenant. A vacancy tax, premised on a flawed set of assumptions, will punish owners further and do nothing to address vacancy.”

Brewer’s office did a survey last May that identified 188 empty storefronts from the Battery to Inwood. While she didn’t didn’t provide the total number of storefronts, she said at the time that the “data will be the starting point in finding policy solutions to this problem.” In response, Cushman & Wakefield studied a slightly smaller area the following month. On Broadway between Bowling Green and 146th Street, the brokerage recorded 133 vacant stores out of 1,580 storefronts, representing a vacancy rate of 8.4 percent.

Brokers with whom CO spoke called allegations that landlords are leaving their spaces purposefully empty is erroneous, because it would result in landlords losing revenue.

“I have never met a single one of them that thinks like ‘let’s keep it vacant and I am confident that rents will go up in the next few years,’ ” said Steven Soutendijk, an executive managing director at C&W. “There is almost no justification for keeping your space vacant.”

He added later: “It’s not good for [landlord’s] buildings. It doesn’t help if you have 30 apartments that you are trying to rent and a vacant space on your ground floor.”

Other brokers said that ultimately tenants will be the ones that end up paying for any new tax, because landlords would have to raise rents higher to offset the cost.

But because of all of the vacancies—if there is no new tax—brokers expect rents will come down and subsequently deals will get done to fill those empty spaces.

In fact, asking rents for the top commercial strips in Manhattan were flat or down in the final quarter of 2017 when compared with the same period in 2016, according to C&W. (The 2018 first-quarter statistics were not available yet.)

Not only will rents continue to fall to meet the market demands, but also more tenants are taking shorter-term leases to test the market, such as one- or two-year deals, according to Chris DeCrosta, a co-founder of retail brokerage GoodSpace. Afterward, if sales are up, they’ll sign longer leases.

“[Tenants] are just trying to justify that the rents justify the sales. They are tired of landlords saying that this is market rent,” DeCrosta said. “They’ll pay market rent but they want to make sure that they can make money there.”

There are some legitimate reasons for keeping a space vacant, according to TerraCRG’s Peter Schubert. Landlords could be planning to redevelop or renovate their building or are currently in negotiations with tenants, which could last around six months but sometimes as long as two years.

He also explained that sometimes when a deal gets done, stores don’t open immediately because they are waiting on permits, like a liquor license.

“People complain about [vacancies], but they don’t know what is happening behind the scenes,” Schubert said.

To find out more about what is going on behind the scenes, Brewer has called on the City Council to establish a database of vacant properties, in which landlords would be required to report the space as empty and when a new lease is signed and when tenants begins to use it, according to her testimony at the City Council in December 2017.

There would be a small fee for registration and a larger fine for owners who don’t adhere to the rules after a certain period, a spokesman for Brewer told CO via email.

“If we’re going to tackle vacant storefronts, we need to know what we are dealing with,” Brewer said via prepared remarks. “If we can get a handle on how many vacant storefronts there are, where they are, and how long they’re vacant, we’ll have a much better idea of what the problem is and how to solve it.”

Regarding the vacancy tax, Brewer’s spokesman noted that there is no specific proposal on the table yet and a vacancy tax would likely require authorization from the legislature in Albany.