Housing, Hotels and Affordability in the Big Apple 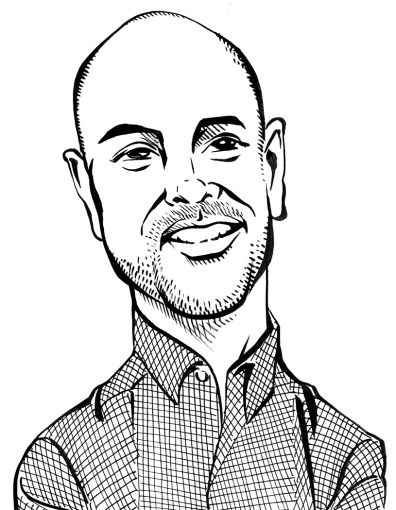 New York City continues to be a magnet for people from across the country and around the world. Last month, NYC & Company reported that the city welcomed a record 62.8 million tourists in 2017, up 2.3 million, or 3.8 percent, from 2016. This continued rise came in defiance of President Donald Trump’s effort to enact a “travel ban” and impose further restrictions on immigration.

Better still, the Census Bureau reported that New York City’s population reached a record high: over 8.6 million. Since 2010 alone, Gotham has added 448,000 new New Yorkers, roughly the population of the City of Miami.

These figures point to a thriving, vibrant city, with diversity of cultures, businesses, and backgrounds powering its 21st century economy.

However, the continued growth of New York does not come without its share of challenges. Straphangers see it in packed trains. Students see it in crowded classrooms.

And all of us see it in rising rents and property taxes that threaten to make New York unaffordable.

This isn’t a new problem. In fact, New York City has had a declared “housing emergency” since the end of World War II. And yet, as NYC Housing Preservation & Development Commissioner Maria Torres-Springer said earlier this month, there is nonetheless “a dire affordability crisis.” But at a time when New York lawmakers should be leaving no stone unturned to expand new housing and preserve old housing, many are continuing to erect and protect roadblocks to creating homes for this groundswell of New Yorkers.

For the second straight session, a bill that would eliminate a state-imposed limit on building new housing and allow the city to boost affordability through its zoning code appears headed for defeat. The legislation is supported by a broad range of stakeholders—City Hall, labor, real estate, the Regional Plan Association and the New York Housing Conference, just to name a few.

And yet, the same anti-housing forces that have opposed additional housing in their neighborhoods for decades continue to hold sway in the State Capitol.

It’s demoralizing, but hardly surprising. After all, they are the same forces who are against addressing the deep inequities in New York City’s property tax system that benefit their wealthy, predominantly-white constituents at the expense of lower-income renters who are more likely to be people of color.

They are the same forces who rally around the hotel industry’s outrageous attacks on New Yorkers who share their own homes to make ends meet, choosing to protect record profits and soaring CEO pay over their own constituents who are simply trying to maintain a foothold in the communities they love.

And they are the same forces who stand idly by as hotel development cannibalizes affordable housing in neighborhood after neighborhood—from Sunset Park to the East Village—all while the industry charges taxpayers hundreds of millions of dollars a year to house homeless families at an average rate of $5,220 a month. You read that right—while hotel development has razed permanent housing in New York City, the hotel industry is padding its bottom line off the very affordability crisis it is exacerbating.

If just half of the total new hotel space built between 2010 and 2016 had been used for permanent housing, more than 3.6 million square feet would have been available—the equivalent of nearly 5,000 homes for New Yorkers.

And to add insult to injury, these opponents have also supported efforts to prohibit the conversion of existing hotels to permanent housing for New Yorkers.

From adopting a grid system to pave the way for population growth in the early 19th century to creating the New York City Housing Authority to provide affordable housing at the height of the Great Depression, New York City has always been on the forefront of progressive urban planning and development.

Now, in 2018, we cannot afford to forsake that vision by turning a blind eye to the true causes of the housing crisis as the city becomes ever more unaffordable.

Josh Meltzer is the head of Northeast public policy for Airbnb.