Freddie Mac’s David Leopold on the Insatiable Demand for Multifamily 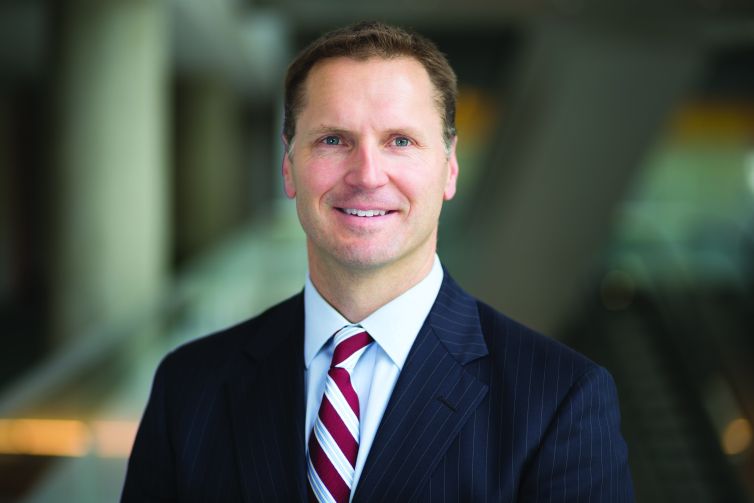 Freddie Mac has been a trailblazer when it comes to affordable multifamily housing, delivering record numbers and leading the nation as the top multifamily financier in each of the last three years. David Leopold is at the forefront of Freddie’s presence in the affordable housing space, which accounted for 83 percent of eligible units financed by the government-sponsored enterprise in 2017.

Commercial Observer caught up with Leopold last month at the MBA Commercial Real Estate Finance Convention and Expo to talk about Freddie’s footprint, it’s new products and what’s in store for 2018.

Commercial Observer: Can you explain your focus at Freddie Mac?

Can you speak to the increased demand for multifamily and how Freddie Mac is looking to fill it?

Demand is insatiable in much of the country right now. Those areas—you know, the high-barrier to entry markets—are experiencing dramatic affordability crises and the challenge is not finding people to full the units, it’s finding enough units to accommodate that demand.

What areas specifically are of interest or have seen increased demand?

It’s more common that not just about everywhere, but it’s focused on the high-barrier to entry markets, so markets that have seen a lot of growth or a lot of job opportunities. That generally coincides with more people wanting to live in those markets because there are more job opportunities.

I know Freddie has introduced new products recently. Can you talk about that?

We invested in the platform with a real focus on innovation. And, there’s two specific programs that are advancing the current platform and there’s wholesale, new businesses that we’re developing. In terms of advancing the existing platform, we’re continually tweaking our products. Specifically, in 2017, we spent a lot of time and effort to increase our volume in cash-preservation deals, so these are generally refinancings or acquisitions of deals that have existing restrictions on them, and the owners would like to keep them affordable. So, our job is to help provide the senior debt at a efficient, but aggressive, levels to help them maintain that affordability and also keep the units decent and up-to-date and so forth. Last year, we did over $2 billion of that and that goes K-deals. So, we’re using the strength of our conventional business to source low cost of capital to keep our rates low for affordable. Last year it was very successful.

Can you speak to what you’re doing in the tax-exempt space?

We’ve really driven innovation there. Historically, we were a bond shop, so the diversification of our product set was really going from bonds and into other things—cash preservation. But, at the same time, we really focused on that core competency and tried to wring out any fat there is in terms of tax-exempt finance. That was a multistage process: We went from publicly issued bonds to tax-exempt loans (TEL). That’s a huge step because that’s a direct placement product and there’s no public issue, so now you have fewer transaction costs. Since then, we’ve continued to augment. At first we were doing immediate tax-exempt loans, now forward (executions) have actually become a bigger growth engine that immediates. We also just added what we call Flex TEL (flexibile tax exempt loan), which is a float-to-fixed version and makes it more efficient for rehabs. To the extent that we can get closer to the deal and not need a construction lender for rehab, we want to do that because that drives costs down and helps us reach more borrowers and helps us preserve more units. So, TEL has been tremendously successful, not only because of the innovation on the front end, but also in the way we source capital on the backend.

What are some challenges facing the affordable housing market going forward?

The biggest is that deals are getting harder to do because costs are up—hard costs are up across the board. Interest rates are rising. And, these deals take subsidy. The ability to restrict rents comes at a cost and that cost demands some form of public subsidy, which is hard t come by. I mean, budgets are tight and rates are up, right? And specifically, tax reform has also reduced the value of low-income housing tax credits, which is the single biggest capital subsidy in the business. What we saw last year was that the likelihood of tax reform was bad enough. The market perceived uncertainty and investors pulled back, so there was less demand for credits and value went down. That happened again in November, when the market was trying to figure out where the corporate tax rate would ultimately land. So, there was a fairly material disruption in tax equity markets, making deals harder to do. Now that tax reform is done and we know what the corporate rate is, so the markets are back but they’re back at a lower value per credit. The specifics there are that tax credits are worth less per tax credit so you need more credits to equal the same amount of subsidy, and more credits per deal means fewer deals. So, that’s been a challenge.

So, how do you face that challenge?

Product development is a huge part of my job and a huge value that are platform creates. Every time we develop or tweak a product in targeted affordable towards helping borrowers maximize whatever subsidy is in the deal. If our product can help generate more free money, that money can go farther, and we can do more deals. That’s how we think about it. In a market disruption, we can continue to innovate our product sets.

Can you speak to Freddie Mac’s growth over the last year, having hit record highs?

We had record growth in our targeted affordable business, and that’s $8.6 billion this year, from $5.6 billion last year (2017), so we feel good about that. Also, we’re targeting more units. We need to do well and be sustainable as we continue to invest, but also do well and make sure we’re meeting out mission. If you look at the number of very low income units produced by the platform, the amount of growth and the amount of borrowers we touched, are tax-exempt loan is now in 32 states across the country, so we’re feeling really good about that growth.