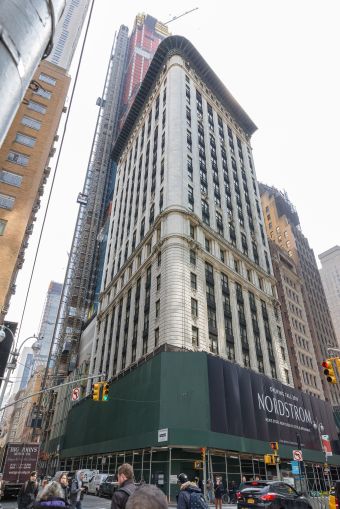 Columbia University Fertility Center has signed an 11,530-square-foot lease at 5 Columbus Circle to relocate its offices within the building, Commercial Observer can first report.

The clinic, which was situated on part of the second and the fourth floors, will consolidate its offices onto one entire floor of the 21-story building at the intersection of West 58th Street and Broadway, according to a spokeswoman for the landlord. She declined to disclose which floor.

The tower is owned by 1790 Broadway Associates, a partnership of investors. The rent in the 12-year deal was $88 per square foot, according to the spokeswoman.

Joe Migliozzi, Christos Kotsogiannis, and Claire and Sofia Milonas, who are co-presidents of 1790 Broadway Associates, handled the deal for the landlord in-house. The representatives did not have a statement about the transaction.