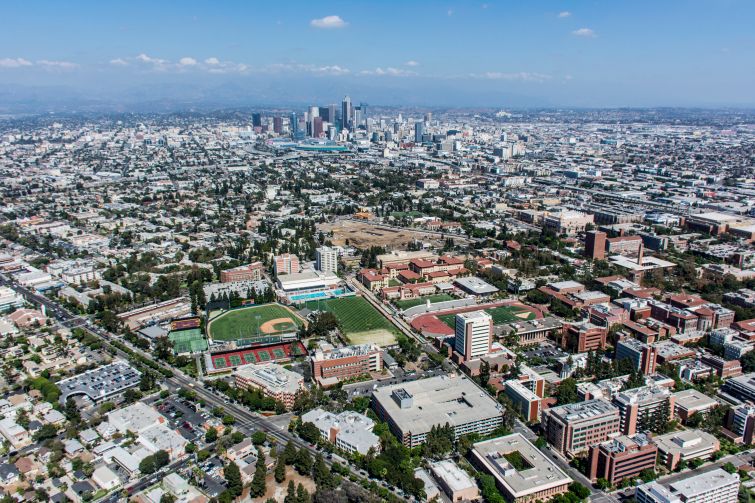 An aerial of the University of Southern California near downtown Los Angeles. Photo: Getty Images

Calmwater Capital, a Los Angeles-based private lender, has provided $28.5 million in senior debt to local developer Champion Realty for the acquisition of a property at 801 West Adams Boulevard near the city’s Downtown, according to an announcement from Calmwater.

The loan comprises an initial $15.7 million senior term loan, and a $12.8 million delayed-draw portion that will be available for future expenses.

Champion acquired the site, about a half mile north of the University of Southern California, to develop housing for students at the institution, according to the announcement. The developer, led by its founder, Bob Champion, will build 100 townhouses on the property.

Champion lauded Calmwater’s deftness in executing the loan without delay.

“Calmwater’s certainty of close and creativity on this highly complex transaction was advantageous,” Champion said in a statement. “As a former adjunct professor at USC and repeat developer in this market, I’m personally looking forward to bringing this much-needed housing complex to fruition, which we believe will be an indispensable addition to the community.”

USC has long existed somewhat uncomfortably amidst a perception that the elite private college is located in a dangerous and violent area of the city. A Los Angeles Times project that tracks violent crimes notes that in the development’s University Park neighborhood, there have been 93 violent crimes in the last six months—significantly higher than the typical Los Angeles area. The adjacent Adams-Normandy neighborhood has also seen elevated levels of violence over that period. That could make the Champion development’s location within the perimeter patrolled by USC’s security services a top selling point.

The housing complex will also feature a pool, a clubhouse, a gym and a beach volleyball court.