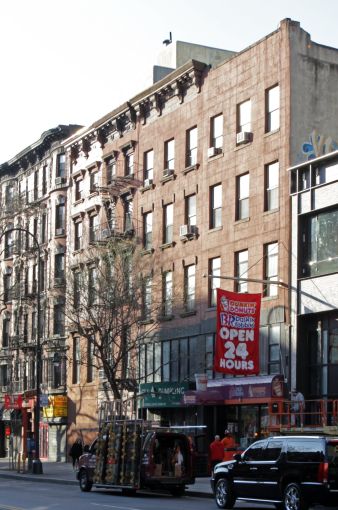 First Lamb Shabu signed a 10-year lease for 2,400 square feet of ground-floor retail space and 1,200 square feet of lower-level basement space at the five-story multifamily building between Second and Third Avenues, according to sources with knowledge of the deal. The restaurant will be the Chinese hot pot chain’s second-ever location in the U.S., following its first at 136-72 Roosevelt Avenue in Flushing, Queens—though it has more than 300 locations across China.

“The storefront is ideally located on 14th Street, a busy east-west commercial corridor with 24/7 foot traffic,” Bulow said in a statement, adding that the space features 13-foot-high ceilings and 30 feet of street frontage, as well as access to the nearby Union Square subway hub and the Third Avenue L train stop.

Trakhtenberg described First Lamb Shabu as “a successful international brand,” featuring “a young, urban ambiance that will attract young professionals living in the East Village as well as students attending nearby colleges and universities.”

Representatives for Douglas Elliman did not immediately return requests for comment.