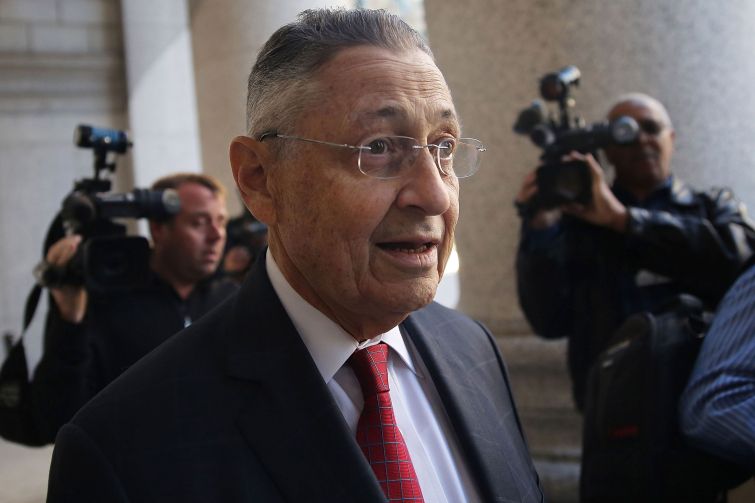 The 73-year-old was convicted of taking $4 million in bribes in return for sending business to two law firms in November 2015, in a case that shook the state legislature and sparked calls for ethics reform in Albany. Then an appeals court undid the ruling last July, claiming that the conviction could no longer stand after the Supreme Court narrowed the definition of political corruption in a 2016 case involving former Virginia Gov. Bob McDonnell.

Silver’s lawyers argued today in court that while his relationship with the law firms may have been “distasteful,” it wasn’t necessarily illegal. “Distasteful is not criminal. A conflict of interest is not a criminal offense,” defense lawyer Michael Feldberg told a federal jury in his opening statement, according to The New York Post. Feldberg and the rest of Silver’s new defense team are hoping they can convince jurors that Silver didn’t perform “official acts,” which include making legislative decisions or holding hearings, in exchange for the cash. The McDonnell case set a new threshold that requires prosecutors to prove official action was taken—rather than simply taking meetings or hosting fundraisers—in order to convict an official for corruption.

But federal prosecutors from the Southern District of New York weren’t having it. “Selling your office for $3 million is corruption plain and simple. It’s illegal,” Assistant U.S. Attorney Damian Williams said during his opening statement, The Post reported.

Former U.S. Attorney Preet Bharara and his team nailed Silver for two major kickback schemes in 2015. The first one involved Silver giving $500,000 in state grants to mesothelioma doctor Robert Taub, who sent cancer patients with asbestos cases to law firm Weitz & Luxenberg. The firm then rewarded Silver with $3 million in referral fees. In the second arrangement, Silver arranged for Glenwood Management and Witkoff Group to send tax business to a law firm that also gave Silver referral fees. Silver then supported 421a tax breaks for both developers.

Lawrence Mandelker, a partner at Kantor Davidoff and an expert in corruption cases, told Commercial Observer that the facts of Silver’s case were more nuanced than they appear. He noted that the two schemes may have occurred outside of the five-year statute of limitations for honest services fraud—of which Silver was convicted in 2015—because they happened in 2010 or earlier.

He also questioned whether the facts of the case show a quid-pro-quo arrangement and fall under the stricter threshold for corruption set by the McDonnell case.

“The [cancer] doctor is very grateful to whoever funds his institute,” Mandelker said. “He says ‘Ok, you’re a good person, I want you to give me more money. So I’m going to recommend business to you so you can continue to fund me.’ All of this is 100 percent proper, but the issue is if you put both ends together and make them an equation. The issue for the jury is, are they two coincidental things?”

Meanwhile, Dan Weiner, senior counsel at the Brennan Center, told CO that Silver has “a pretty considerable hurdle to overcome. The allegations against him are much closer to the heartland of what we’d consider an official act than the McDonnell case. He’s accused of exercising his power as the speaker to benefit people who were funneling kickbacks to him. Unlike McDonnell, who was accused of throwing a reception for his benefactor, [with] Sheldon Silver it’s much more traditional wielding of power.”