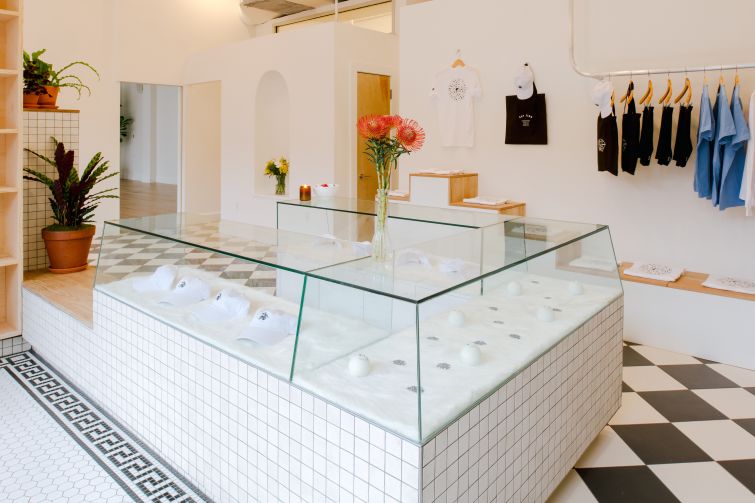 Signs of retail’s continued demise are everywhere you look, from the recent death of Toys “R” Us to an almost weekly march of articles explaining why they and other stores can’t survive the current landscape.

But don’t try telling Jed Walentas, the CEO of Two Trees Management Company, that retail is dead. He’ll likely be too busy celebrating his recent retail triumph to notice.

Throughout its developments in high-end Brooklyn neighborhoods Williamsburg, Fort Greene and Dumbo, Two Trees has had great success in attracting both America’s hottest major retailers and proprietors of smartly curated one-off spaces to its properties.

Retailers either open now or coming soon to Two Trees properties include monoliths like Apple and Whole Foods, both of which recently opened at the company’s 300 Ashland Place development in Fort Greene; smaller, more bespoke retailers are also appearing such as Sky Ting Yoga (open now), and a new, as-yet-unnamed restaurant from Lilia Chef Missy Robbins, which is scheduled to open this summer at the Domino Sugar Factory development at 325 Kent Avenue in South Williamsburg; and in Dumbo, the children’s activity space The Little Gym (coming soon).

At a time when so much retail seems on life support, how has Two Trees continued to draw such desirable retailers to its properties?

“We’ve always tried to put ourselves in the retailers’ situation, and understand that an arrangement is only good if it’s good for both parties,” Walentas said. “Having a lease with some huge number with somebody that can’t make it and they go out of business a couple years later, that’s not really what you’re trying to accomplish. You want to put retailers where you think they can be successful.”

Two Trees’ retail philosophy has changed little since the company began developing Dumbo back in the 1970s, when you probably saw more rats on the streets than people. Walentas used the example of Jacques Torres Chocolate, which opened its first retail shop in Dumbo, at 66 Water Street, in 2000 as an example of his thinking.

“With Jacques Torres, my first conversation with him was a fight where he just wanted to do manufacturing,” Walentas said. “I forced him to do a little retail counter as part of the lease, and he was like, ‘No one’s ever going to come here.’ ”

But Walentas and Two Trees understood that developing a residential and destination neighborhood required an enticing retail environment, and considered that essential if Dumbo was ever to be more than just an industrial area.

“We really used retail as a place-making experience,” he said. “We had 3 million square feet of space. We recognized that if you walked around the neighborhood, you had no idea what was happening on the sixth floor or the 12th. Your retailers are your public face. So 20 years ago, we recognized that there was no traffic there, and we gave away a lot of free rent. We knew that the stores were in a position where they couldn’t spend any money on capital.”

“That deal took seven years. It took a couple of years just to make contact with them and get them interested,” he said.

“When you get Apple interested in real estate, the reality is, they’re Apple,” Walentas said. “I wasn’t running that negotiation. That wasn’t the world’s most pleasant thing, but I wasn’t the one with the leverage in that situation. I knew I had the best real estate and I really wanted them to be there, but when Apple’s like, ‘this is how much rent we’re going to pay,’ that’s kind of how it goes. We have 350 apartments above it that I’ve got to rent every year in perpetuity. You’ve got to be an idiot to throw away a deal with Apple over a couple hundred thousand dollars. They add a lot of value to everything you’re doing and they know it.”

Christopher DeCrosta, the founder of the boutique tenant and landlord rep brokerage house GoodSpace, represented Apple in the deal, and makes the location sound like an easy decision for a prestigious tenant like Apple.

“Jed had shared plans with me for what he wanted to do here, and how special this site was, since 2005,” DeCrosta said. “You don’t need to be a genius to know how special it is. It’s in the middle of everything. He talked about how important the site was to Two Trees. When you have a landlord who shows that type of care and concern for a property, that matches well with having an uber-quality tenant in there.”

For the more specialized (and smaller) retailers, Walentas said Two Trees makes an effort to identify properties that stand out as specifically appropriate for their environments.

“We look for things that have a uniqueness and a level of interest. We definitely discriminate against chain operators. We like to have individual partners or people that are doing interesting things,” he said.

One example of this, Sky Ting Yoga, which opened in February at the Domino property at 325 Kent Avenue in Williamsburg, sprung from a relationship many at Two Trees, including Walentas, had with two women who taught them yoga.

Krissy Jones and Chloe Kernaghan ran yoga studios in Chinatown and Tribeca, and were facing many requests from their students for a Williamsburg location, especially given the impending shutdown of the L train, which will make it difficult for many Brooklyn customers to reach Sky Ting’s Manhattan locations. The pair said that thanks to Two Trees, the decision was a no-brainer.

“We’ve always done our own build-outs and had to file our own permitting and deal with our leases and all that ourselves. Two Trees presented this offer to us where it they made it quite easy,” Jones said. “They were in charge of the buildout, and basically handed our studio to us as we wanted it designed. Also, because the building has so many residents, we already have a community of people living basically at our studio.”

Two Trees’ thoughtful approach to retail has played a significant role not only in their success, but in the success of Dumbo overall.

“The Walentas family has a long history, going back to when they were pioneers in Dumbo, of being very selective in curating their tenant mix,” said Timothy King, the managing partner at CPEX Real Estate. “They don’t just grab the first tenant that comes along. They have the staying power to get the tenant they want, that they think makes the right mix for whatever project they’re working on. Then, retailers want to know that they have a quality, qualified, financially stable landlord they can rely on to deliver the product that was promised, and who will be there in good times and bad to take care of the property.”

And given that Two Trees is seeking the sort of singular retailers who don’t have the resources of a chain, they go into the deal prepared to help.

“The conversation [we have with potential retailers] is often, what do you need from us to be successful,” Walentas said. “We help them with the capital buildout of the stores and give them some free rent to get them off their feet a little bit.”

Walentas will even do a percentage deal with certain retailers, although he acknowledges that shrewd retailers steer clear of that.

“For almost anyone who will let us, we’re happy to do a percentage deal. [After all], it is our job to some degree to build up the traffic base,” he said.

“Some people are too smart for that. We went after Sweetgreen [at 50 Washington Street between Water and Front Streets] specifically because we thought there was a shortage of lunch places for our commercial workforce in Dumbo,” Walentas said. “I kept telling them, ‘You’re going to kill it here. I’ll do a free rent deal with you. I’ll do a percentage rent deal with you.’ I eventually got them to Dumbo, but they were too smart to do a percentage rent deal, and now the line is out the door every day at lunch. But that’s okay. We’re thrilled for them.”

Asked about the retail approach of Brooklyn competitors like Empire Stores or Industry City, Walentas is nothing but complimentary, although he notes differences in how Two Trees might have handled one of the properties.

“I think the world of [Industry City CEO] Andrew Kimball and the folks at Industry City,” Walentas said. “I think the place-making work they’ve done is extraordinary. I’ve become a little friendly with the Empire Stores guys, too. They’ve got a slightly different philosophy than we do. They did way more food there than we would have done. At first I was super skeptical, but I think it’s working great. They executed that totally differently than I would have, and I think it’s awesome. The great thing about cities is that you get a lot of smart people doing lots of different things, and it can all work. There’s not just one set of good ideas out there.”

So while forecasters cast doom and gloom on the retail environment, Walentas will continue taking his company’s good ideas, combined with their not-inconsiderable resources, and create the sort of satisfying retail mix that Brooklyn’s higher-end areas are becoming known for.

“Has retail changed forever? Yes. Are people going to do more and more shopping online to some degree? Yes. But is there still a place for great urban retail and real proprietors, and do people crave that experience? Yes. I think they do,” Walentas said. “There’s a reason cities exist and prosper. It’s because people really like personal interaction with other people. So yes, if you’re just buying paper towels, you don’t need to walk down the street. You can have Amazon deliver them. But there are certain things [for which] human interaction is never going to be replaced.”