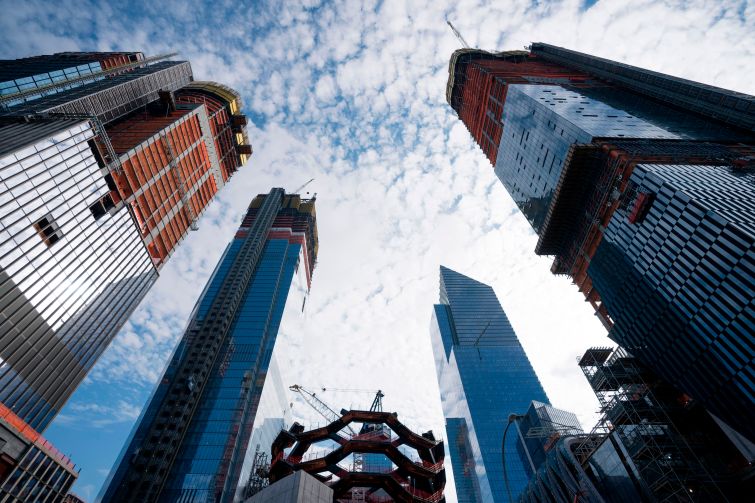 The senate passed a budget resolution earlier this month that advocated for lifting the cap. But it’s unclear whether the measure will make it into the final version of the $170 billion state budget, which has to be hammered out by Saturday night at midnight. Spokespeople for Assembly Speaker Carl Heastie, a Democrat from the Bronx, said that his conference doesn’t support repealing the cap.

Currently, the state’s multiple-dwelling law forbids developers from building a residential project that’s more than 12 times its lot size, which is another way to describe the concept of floor area ratio. If a property is zoned for a FAR higher than 12, builders can only include up to 12 FAR of residential space in a given project. The rest of the development has to be devoted to commercial or community facility space. Repealing the limit would allow residential projects to grow to the limit of whatever a particular lot is zoned for. The city would still have control over zoning, and removing the cap wouldn’t allow developers to bypass existing height and density limits.

The cap was enshrined by an amendment to the Multiple Dwelling Law in 1961, coinciding with a major overhaul of the city’s zoning code that still defines how most neighborhoods look today.

Affordable housing advocates have pushed for repealing the limit for years, because it would enable the city and private developers to build more housing in expensive and densely zoned parts of Manhattan, Downtown Brooklyn and Long Island City, Queens.

“Eliminating the cap will encourage more development of affordable housing,” said Stephen Lefkowitz, a land use lawyer at Fried Frank. “The cost of building per square foot will be cheaper. If you can build more units, the land will be cheaper on a per-square-foot basis. Land costs are fixed, and architecture and legal costs won’t rise.”

Moses Gates, the director of community planning and design at the nonprofit Regional Plan Association, said that he only supported nixing the cap if developers were forced to go through a full rezoning and public review process in order to build beyond 12 FAR.

“I encourage the state assembly to make sure that that should scenario should only happen if the lot goes through a ULURP process and applies Mandatory Inclusionary Housing to it,” said Gates, who authored a report on lifting the cap earlier this month. He added that the legislation should close loopholes that might allow developers to build bigger than 12 FAR without a public review process, like purchasing development rights.

However, preservationist groups like the New York Landmarks Conservancy and the Municipal Arts Society vocally oppose rolling back the cap. They argue that it opens up neighborhoods to out-of-context development.

“I think that this puts pressure on contextual districts and historic districts in Manhattan and a lot of Brooklyn,” said Peg Breen, the president of the Landmarks Conservancy. “They will try to upzone neighborhoods.” She added, “This is the second time that the de Blasio administration has tried to get this through with no knowledge and no public debate, and I don’t think that’s good government.”

Both the senate and the assembly considered repealing the cap two years ago, but the bills didn’t pass.

The Real Estate Board of New York is leading the charge for the proposal, although other groups like 32BJ SEIU have also signed on in support.

“Removing the 12 floor area ratio cap would provide the city with an opportunity to promote more affordable housing production, subject to extensive community and City Council review, in those neighborhoods that are well-served by transit and affordable housing is difficult to build,” REBNY President John Banks said in a prepared statement.

32BJ President Hector Figueroa threw his weight behind lifting the far cap in a letter to Heastie in a letter Tuesday.

“Removing the 12 FAR cap would not change the current zoning of any area in New York City and would in fact, provide the city with the opportunity to create more affordable housing, especially in neighborhoods where such housing production is cost prohibitive,” he wrote.

Even Mayor Bill de Blasio supported lifting the FAR cap in his 2014 housing plan, which called for building and preserving 200,000 affordable units over the next decade. City Hall still backs the measure.

“We’ve supported this proposal in the past and certainly appreciate the renewed look at a tool that can help us build and protect affordable housing,” City Hall spokeswoman Melissa Grace wrote in an email. “As always, local planning decisions are grounded in the public review process—and squarely in communities.”