MIPIM: Ooh La La! Now Is the Time to Consider Investing in CRE in France 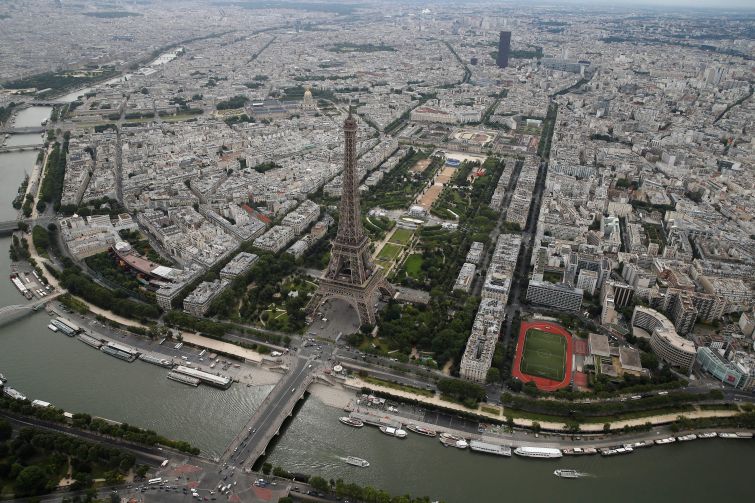 Aerial view of Paris with the Eiffel tower, the Trocadero and the Montparnasse Tower. Photo: THOMAS SAMSON/AFP

American real estate investors have enjoyed booming profits at home since 2010 as the U.S. economy has grown steadily following the recession, but it’s a different story in France, according to Boris Cappelle, the managing director and head of investment for Savills’ office in France.

The French economy has lagged behind the U.S., not showing much growth in the years following the 2008 downturn. But things are finally starting to turn around in France, meaning there will be opportunities for global real estate investors and developers, Cappelle told Commercial Observer at the Marché International des Professionnels d’Immobilier (MIPIM) in Cannes, France on Tuesday.

A big reason for this shift, he said, is that French President Emmanuel Macron, who took the helm in May 2017, signed new labor rules last September that allow employers more freedom to fire employees without steep financial penalties, giving business leaders more flexibility in the hiring process. The lighter rules are good for domestic companies as well as foreign ones as the latter are used to more relaxed regulations.

“We are coming from a period where our ex-president, [François Hollande, was seen] as very left wing, to someone who is much more balanced,” Cappelle said. “So international money wants to be invested [in France].”

In addition, thanks to Brexit—in which the United Kingdom voted in 2016 to withdraw from the European Union—companies started moving their offices from the U.K. to Paris and other European cities to avoid unforeseen problems that could result from the separation from the EU.

Business leaders thought “ ‘Why shouldn’t I move part of my team either to Paris or to Frankfurt and invest into Continental Europe?’ ” Cappelle said. “You know investors, when they feel a risk, they move.”

The icing on the cake is that France plans to reduce corporate taxes, which are some one of the highest in Europe. This past December, the French parliament approved a gradual decrease of the corporate income tax from 33.33 percent to 25 percent by 2022, as was widely reported.

As a result of the business-friendly labor policy, the effects from Brexit and plans to decrease business taxes, France has seen robust job growth.

More than 268,000 jobs were added in France last year, according to a report released on Tuesday by the Institut National de la Statistique et des Études Économiques (INSEE), which is the country’s statistics bureau. That’s up from the 236,300 jobs created in 2016 and just 103,100 new positions in 2015, as the Huffington Post reported.

And the unemployment rate in France has dropped to 8.6 percent in the fourth quarter of 2017 from 10 percent year-over-year, according to other INSEE data.

With more jobs on the way there will be plenty of demand for new commercial developments, Cappelle said.

“So you’ve got the general economy improving, potential new [impact] from Brexit and new jobs which are being created, etc.,” he said, “so this increases the need for space.”