MIPIM Day One: Driverless Cars Are Far Off, but Here’s How to Prep 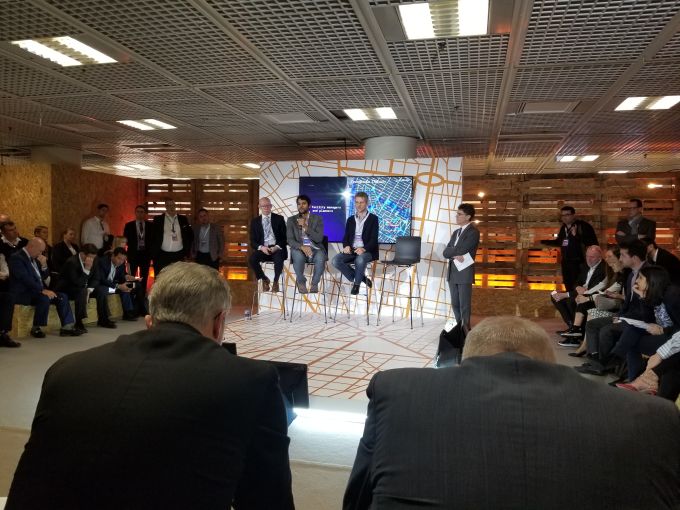 As self-driving cars slowly transition from fantasy to reality, real estate professionals eagerly crammed into a panel devoted to the subject on the first day of the Marché International des Professionnels de L’immobilier conference in Cannes, France.

But panelists didn’t make bold predictions of massive changes needed for buildings and roads. In fact, the experts were stumped about what would exactly happen as an effect of driverless cars—and when they would take over the streets.

“The key question of will we see more cars or less cars [on the road]—let me tell you we don’t know,” said Carlo Ratti, the director of innovation and design firm Carlo Ratti Associati, which has offices in New York City and Italy.

Speaking hypothetically he added: “According to most estimates if you’ve got self-driving cars moving around, then the cost per mile can decrease significantly. Today an Uber is $2.20 [or] $2.50 per mile in the United States. Well, that number could go down to something like 20 to 60 cents per mile [if the cars were driverless], according to some studies. Well, if that happens then it’s going to be hell, because nobody would want to take the subway anymore. The subway will be more expensive than a car… There will be jams everywhere.”

And when will self-driverless cars be the norm?

“That’s the most common question that I get when I go home to family for holidays,” joked Ro Gupta, the CEO of New York City and Seattle-based Carmera, which collects map data and builds technology for autonomous cars. “The real answer is no one knows and they are lying if they say they do.”

He added: “This is still a decades long evolution. There is just so much complexity… One lesson or analogy that we look to a lot is the evolution of the airline industry. We do think there is a long-term future where there is a universal air traffic control [for driverless cars]. And there is a lot of sharing of data… but that’s a long ways off.”

What happens if there are fewer cars on the road? Well should that be the case, Ratti said developers could prepare their projects by making more flexible spaces in case garages become obsolete—as driverless cars could drive back to their owner’s home and park.

Some tips: put in taller ceiling heights in garages, leave ramps outside the structure, insert staircases and build the space above ground because underground is “really useless future infrastructure,” Ratti said.

He added: “Then you are able to build something for tomorrow from the beginning.”

Gupta agreed with the point of making spaces flexible for possible other uses, but added that we should think of curbs too.

If people don’t need to drive a car into a parking structure, then there will be more drop offs around buildings each day. There needs to be zoned areas for pick up and drop offs to avoid congestion and chaos of mass drop offs in mornings and mass pick ups in the evenings, he said.

“Our cities right now are very analog and not prepared for this kind of new modalities,” Gupta said. “The curb is going to be very, very important.”