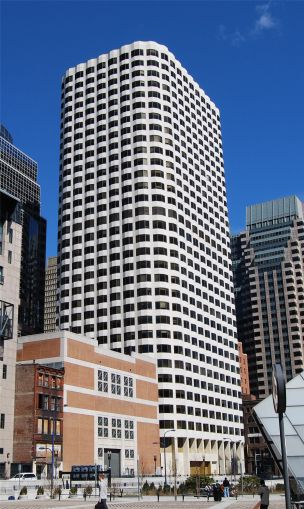 “The purpose of the financing was to increase liquidity and optimize leveraged returns,” Taylor Johnson, a senior associate at TH Real Estate, told Commercial Observer in an email statement. “Locking the rate in late December 2017 resulted in an excellent execution, which TH Real Estate will benefit from for the next decade.”

This marks the first round of debt financing TH Real Estate has secured for the property since the firm acquired it in 2005, according to a source familiar with the property. It wasn’t immediately clear how TH financed its purchase of the building and representatives for the firm did not immediately return an inquiry

The 32-story, roughly 730,000-square-foot office high rise is situated at the corner of Congress Street between High and Purchase Streets.

TH Real Estate currently has 13 properties in the Boston metro area, including 99 High Street and 10 other office buildings.

The project is one of Boston’s most anticipated as Meredith President John Rosenthal has been trying to develop the site for nearly 20 years, Curbed Boston reported in December. When completed it will have around 650 total residential units, 160,000 square feet of office space, 50,000 square feet reserved for retail, 1,290 parking spaces, a community space and a daycare center, according to Curbed.