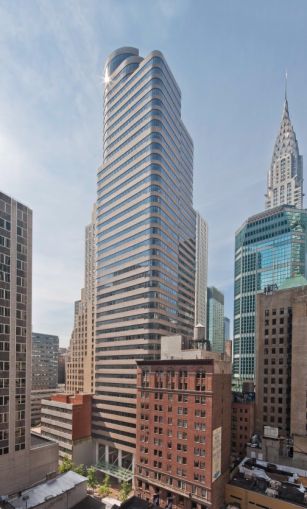 Rockwood Capital has sealed a $260 million mortgage on Two Grand Central Tower, its 44-story office building in Midtown Manhattan, according to an announcement from Stroock, the law firm that advised on the financing.

Property records filed with New York City show that the lender is Metropolitan Life Insurance Corporation, whose debt will knock out a previous $200 million mortgage from J.P. Morgan from 2015 and add another $60 million in leverage.

Rockwood bought the 650,000-square-foot building in 2011 for $401 million, according to the latest deed on file. The tower, at 140 East 45th Street between Lexington and Third Avenues, is home to the New York City offices of Rockwood Capital itself, as well as financial and wealth-management firms like Cortec Group, Banorte Securities and BBR Partners. The General Services Administration—the branch of the federal government that manages government real estate—signed a ten-year lease for office space in the building that runs through mid-2023.

Representatives for MetLife, Rockwood and Stroock were not immediately available for comment.