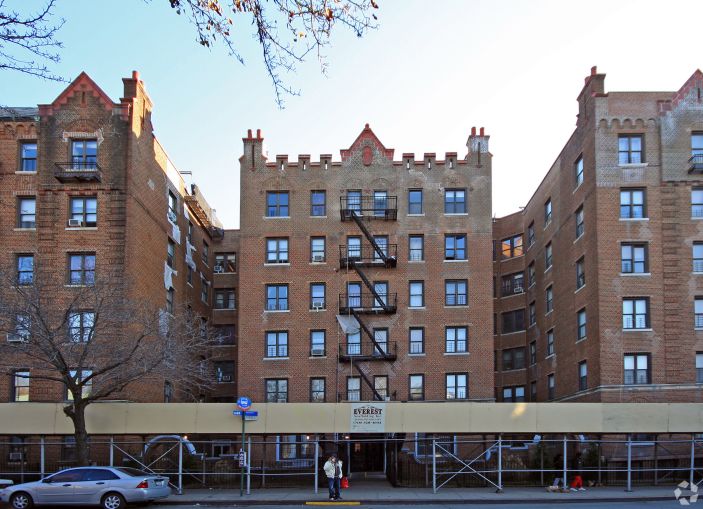 A multifamily building in Crown Heights, which has seen some of the largest decreases in asking rents over the course of the pandemic in New York City. Photo: CoStar Group

Valley National Bank has lent $44.7 million for the acquisition of a pair of rental apartment buildings in the Crown Heights area of Brooklyn, according to documents that appeared in city property records today.

GRJ Real Estate, led by brothers Graham Jones and Gregory Jones, picked up the duo of six-story properties from Sentinel Real Estate on Feb. 28 for a total of $53.3 million, The Real Deal reported. The two buildings’ 125 apartments apartments—75 units at 921 Washington Avenue and 50 more at 941 Washington Avenue—include 71 that are rent-stabilized.

Directly across from the Brooklyn Botanic Garden, the buildings stand in a neighborhood that has supported steady residential rent appreciation in recent years. Data from research firm MNS show that as of last month, housing costs had risen 4 percent in Crown Heights year-over-year, following 2.2 percent growth in 2017 and nearly 10 percent growth the year before that.

Listings on StreetEasy show an asking monthly rent of $2,350 for a 680-square-foot one-bedroom unit on the first floor of 921 Washington, while a two-bedroom went for nearly $3,500 a month late last year.