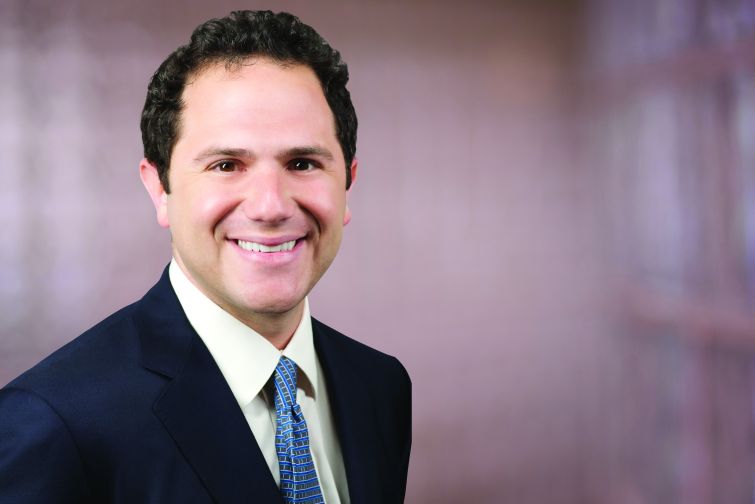 Greg Kalikow is the fourth generation in his family’s real estate business—his industry roots beginning with his great grandfather, Joseph Kalikow, in the 1930s. Part of a real estate dynasty, he is the son of Edward Kalikow, president of The Kalikow Group, and his cousins include Peter Kalikow, the president of of H. J. Kalikow & Company and former chairman of the Metropolitan Trasportation Authority; Richard Kalikow, Gamma Real Estate’s CEO and chairman; and Jonathan Kalikow, Gamma Real Estate’s president.

Kalikow, 33, has been working with The Kalikow Group and overseeing the management of his family’s real estate holdings since 2003. In addition to developing properties and managing them through its property management arm, Kaled Management, the company has a private equity division—Kalikow Equity Partners, which is a source of joint venture equity and mezzanine financing for real estate developers, operators and builders.

A Hofstra Law School graduate, Kalikow focuses on the development and finance side of the business and taps into his legal expertise when developing rental, single- family and condominium units as well as shopping centers both in and outside of New York City. The firm funds its developments and acquisitions with a mix of debt and equity.

Commercial Observer: Was a career in real estate always written in the stars for you, given your family legacy?

Greg Kalikow: Growing up I always thought it was in the cards for me because it was something that I really enjoyed doing. For me it was more than just the real estate, it was my family name. I worked at the company during high school and was always the first one at the office and last one out—I took pride in turning the lights on in the morning [laughs]. We have people that have worked for us for 30 years and we really treat [The Kalikow Group] like a family. So, when I was growing up I had friends, family and then my work family—and I really enjoyed being part of, and expanding, that family.

How has business been recently?

Last year was a very active year for us—both in New York and other states. We’re currently developing a residential building at 2415 Church Avenue in Prospect-Lefferts Gardens in Brooklyn [Kalikow Group recently broke ground on a $29 million, 67-unit rental building at the site]. We’ve bought a few properties over the last couple of years that are keeping us busy, including 68 Richardson Street in Williamsburg—a 24-unit, six-story multifamily property [acquired for $17.5 million in a joint venture with River Oak and an investment fund formed by Massey Knakal Realty Services. Hudson Valley Bank provided a $13.5 million loan in the deal]. But outside of New York we’ve been very active. We’re doing our second and third developments in Charleston at the moment.

We believe in the growth there. There’s a large demographic that’s moving to Charleston—it has a hip, downtown vibe, and a ton of job expansion between Boeing and Mercedes Benz [creating manufacturing positions there]. Additionally, it’s nicer weather all year round. We’ve been very active in Charleston in the last couple of years. The first job we did was Shade Tree Apartments on John’s Island—it’s an 11-building, 248-unit residential property across nine acres of land [financed using a HUD loan from Arbor]. The second development is 17 South Apartments—a seven-building, 220-unit residential property in West Ashley, S.C. The third is Wescott, a 182-unit multifamily community in North Charleston.

So the Southeast is a big part of your strategy right now?

Yes. We’ve been pursuing a lot of opportunities in North and South Carolina, especially due to some of the market conditions here in New York. Based on the influx of product coming into the market and the fact that the vacancy rate in Manhattan is going up, I think we want to sit on the sidelines for a little bit and see what happens.

You have a few projects in Brooklyn, why does the borough appeal to you?

Because a lot of people with discretionary income are looking to move to Brooklyn as opposed to Manhattan; you see this in Dumbo, in Fort Greene and in Park Slope. People earning six figure salaries are choosing to live in Brooklyn. At the Prospect-Lefferts Garden development you’re two blocks from the 5 train that gets you right into Grand Central. It’s a great area with a lot of multifamily development underway.

Always. Brooklyn, Manhattan and Queens are the three boroughs that we have interest in.

But right now it’s really opportunity-driven—we go where there are opportunities in the in markets that we like. We also believe that there are markets in Queens outside of Long Island City that are exhibiting growth. You’ve seen a lot of development in Elmhurst and Flushing. With the shut down of the L train people may gravitate towards the 7 train instead. They’re getting priced out of Long Island City so Astoria, Forest Hills and Sunnyside are only going to get better and better.

But, there are more opportunities outside of New York?

The cocktail party chatter when I’m meeting with peers is about Texas, Florida, and North and South Carolina—where we’ve already been for 15 years. So, Texas and the Southeast.

Do you prefer to joint venture in acquisitions and developments or go it alone?

We do both. For example, in Williamsburg, we joint-ventured with River Oak. A lot of the economics don’t work now with the ask price at 3 percent cap rates.

Are we nearing the end of real estate cycle?

I think we need to see what happens with the 40,000 multifamily units that are coming online [in New York City], and what concessions need to be offered. I think we won’t know until the first quarter of 2019.

What’s in your pipeline at the moment?

We’re doing a large development in Apex, in Wake County, N.C. That will be 230 units plus retail and office space. Wake County is another area that has seen a lot of residential and economic growth, so we’re pretty excited about that.