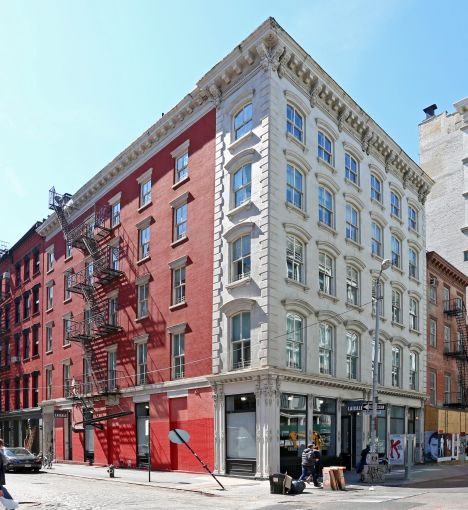 Parachute Home is taking the ground-floor retail space at the five-story residential condominium building at the southwest corner of Grand and Crosby Streets, according to sources with knowledge of the transaction. The company signed a two-year deal, with an option for an additional five-year term.

The bedding and bath goods retailer will occupy 1,140 square feet of street-level space and an additional 900 square feet of basement space, for a total of 2,040 square feet. Parachute Home recently took possession of the location and has started work on its buildout with a view to opening in May, sources said.

Asking rent in the off-market transaction was not immediately clear. Matthew Girard of Sinvin Real Estate represented Parachute Home, while Twenty Nine Great Jones Street Corp., the owner of the retail condo unit, had no broker.

The store at 129 Grand Street will be Parachute Home’s first location in the city. The e-commerce brand, founded in 2013, has two other physical stores nationally: a showroom attached to its Venice, Calif., corporate headquarters and another outpost in Portland, Ore.