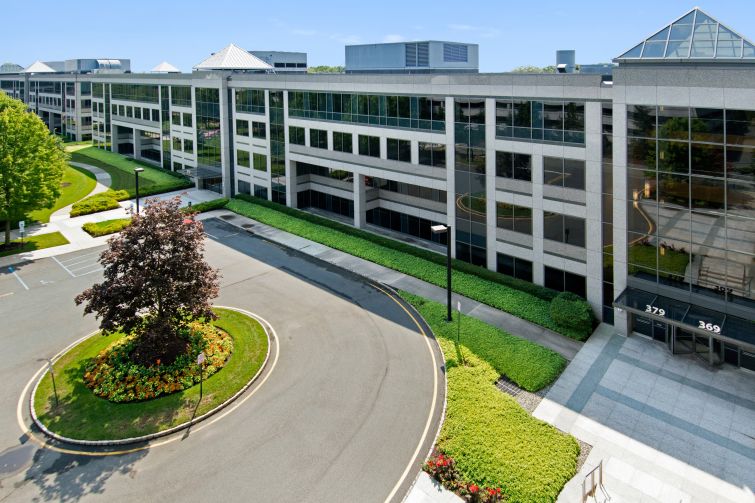 Terms of the financing weren’t disclosed. The loan went towards the acquisition of one of the adjoined office buildings as well as to fund capital improvements aimed at adding amenities and attracting and leasing future tenants at the location.

The financing was arranged by Newmark Knight Frank’s Jordan Roeschlaub and Dustin Stolly, vice chairmen and co-heads of the firm’s debt and structured finance division, along with Managing Director Nick Scribani, sources told CO. NKF declined to comment on the transaction.

“Morris Corporate IV is the newest and highest quality asset within Morris Corporate Center. The superiority of the property, coupled with Rubenstein and Vision’s track record with office repositioning strategies, made this a great lending opportunity for ACORE,” ACORE Managing Director Jason Hernandez told CO. “ We are confident that we have best-in-class local sponsorship and a thoughtful, well-capitalized business plan to make the property the premier option for tenants (both large and small) in the market.”

NKF—out of it’s New Jersey office—also represented Intercontinental Real Estate Corporation and Ivy Realty in the sale of the property, which is also referred to as “Morris Corporate Center IV phase two.” Intercontinental and Ivy first purchased the building from MetLife in 2015, Globe Street reported in January.

Rubenstein and Vision purchased the other building in the assemblage—called “Morris Corporate Center IV phase one”—from SJP Properties, which is the original developer of the buildings, and Northwestern Mutual earlier this year. Cushman & Wakefield brokered the deal for the sellers and announced the transaction on February 28.

Built in 2000, according to the campus’ website, the two four-story office buildings are a combined 702,707 square feet and are situated at 389 & 399 Interpace Parkway within the Morris Corporate Center campus. The buildings are connected by a large, glass atrium lobby. “Morris Corporate Center IV phase one” is currently 71 percent occupied by four tenants, including U.K.-based Reckitt Benckiser and New Jersey-based management services company Skanska USA Building, Inc., according to information from C&W.

A spokeswoman for Rubenstein Partners did not immediately return a request for comment. Vision Real Estate Partners declined to comment on the deal.