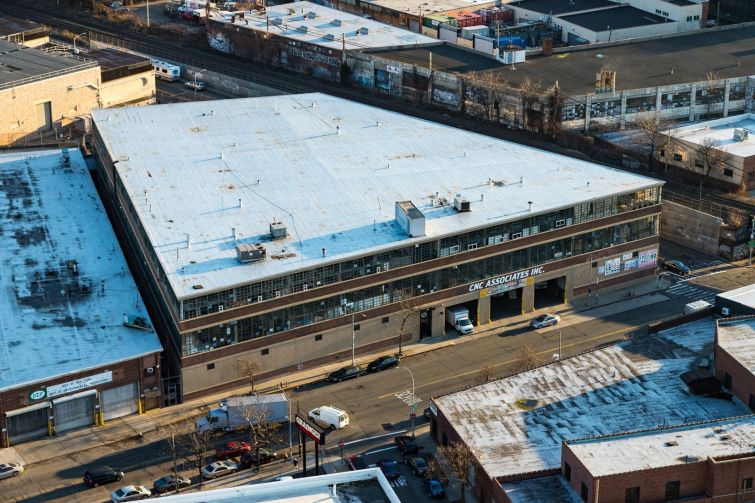 Maspeth, Queens has become a hotbed of industrial investment recently, as e-commerce companies and manufacturers continue the search for affordable warehouse space in the five boroughs. The latest property to hit the market in the neighborhood is 58-30 Grand Avenue, a 150,000-square-foot warehouse asking $45 million, Commercial Observer has learned.

Owner Nathan Indig has decided to sell the three-story, wedge-shaped building after relocating his cabinetry business, CNC Associates, from the Maspeth property to Bedford Stuyvesant, in Brooklyn. Although the warehouse between Rust and 59th Streets was built in the 1950s, Indig has put several million dollars’ worth of capital improvements into the property over the last decade, including new freight elevators, heating and air conditioning, according to the brokers marketing the site, Meridian Investment Sales’ David Schechtman and Chris Kim.

Schechtman pointed out that the Grand Avenue building has sturdy second and third floors that can accommodate heavy loads, along with loading docks on the first and second floors. And the site sits at the corner of two major roads that can accommodate 51-foot-long tractor trailers. The area is also truly industrial, rather than a manufacturing zone that’s quickly being converted to residential, like Brooklyn’s Williamsburg or Red Hook, he argued.

“That industrial-to-residential conversion hasn’t happened in this neighborhood,” he said. “So it’s still ripe and welcoming to increased industrial traffic. You’re not going to have a bunch of hipsters screaming at you if you do a little 24-hour logistics work.”

The buyer could be an e-commerce giant looking for “last-mile” distribution space, an investment firm or a major manufacturer.

“The building is flexible in that it lends itself to being a larger multi-tenanted industrial incubator or a warehouse for Zappos to store all its shoes,” he explained. “I don’t know if [the buyer] is going to be a Texas-based company that makes a brand new candle or whether it’s going to be an investor from out of state or Coca-Cola.”

The property is fully leased to four wholesalers with lease expirations ranging from 2018 to 2024, although the landlord could terminate the leases as soon as 2021. Once the current tenants vacate, the space could lease for $15 to $20 a square foot, according to information from Meridian.

The asking price works out to roughly $300 a square foot, which falls somewhere in between the sale prices for other industrial properties that have traded hands recently. A former box factory spanning three sites down the street at 55-15, 54-15 and 56-15 Grand Avenue sold in January for $72 million. The sale price for that 385,000-square-foot assemblage amounts to roughly $187 a square foot, based on the size of the land alone, or $224 a square foot based on the 321,000 square feet of warehouse space.

At the more expensive end of the spectrum, Prologis recently backed out of a deal to acquire a 350,000-square-foot FedEx warehouse at 46-06 57th Avenue for $265 million, or $800 a square foot, Crain’s New York Business reported. But Los Angeles-based investment firm American Realty Advisors is reportedly negotiating to acquire the site “for a similar price.”