Veni, Vidi, VICI: An Experiential Asset REIT Has Spun Off From Caesars Entertainment 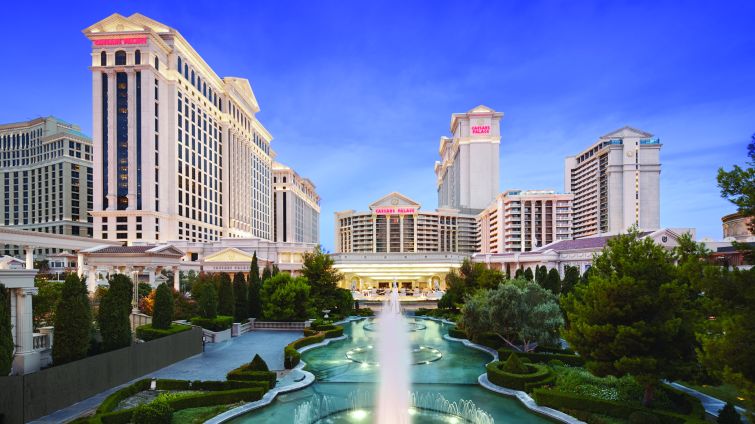 “We began trading right around 10 a.m.,” Ed Pitoniak, the chief executive officer of VICI, told Commercial Observer on the day of the REIT’s listing. “It was so exciting.”

After CEOC filed for reorganization under Chapter 11 of the U.S. Bankruptcy plan in January 2015 in a bid to reduce debt and strengthen its financial position, VICI was part of its plan of emergence. Caesars’ real property assets and golf course operations were transferred into the newly created REIT and its creditors satisfied by becoming the owners of a 19-asset gaming, hospitality and entertainment real estate portfolio.

As part of the emergence plan, filed in the Bankruptcy Court of Northern Illinois and effective on Oct. 6, 2017, VICI had a court-mandated legal requirement to be listed as a REIT on an internationally recognized exchange such as the NYSE within 75 days, or as soon as practically possible. “Because 75 days would have taken us into the holiday period, which is not an optimal time to IPO and list, we’re fulfilling the ‘as soon as practically possible thereafter’ part of that mandate,” Pitoniak noted.

In addition to the six-tower, 3,976-key Caesars Palace, VICI’s portfolio includes 18 properties that are leased to Caesars and operate under Caesars brands including Horseshoe, Harrah’s and Bally’s. The 32.5-million-square-foot portfolio consists of 12,000 hotel rooms and more than 150 restaurants, bars and nightclubs.

While the REIT had a legal mandate to fulfill in going public, now isn’t the worst time to offer up a new investment vehicle built on experiential assets either. “The operating fundamentals of the industry are very strong,” Pitoniak said. “The hotel sector overall is doing quite well and as we continue through a period of job growth, especially now that we’re once again seeing wage growth, that should help the consumer discretionary sectors such as gaming and leisure.”

At only 124 days old (“We’re so young we still count our age in days,” Pitoniak said), VICI is now focused on growing its portfolio both in scale and in value. Within its first 77 days, the company closed a $1.1 billion leaseback transaction to buy Harrah’s Las Vegas. Expanding its geographic diversity is an important method of managing risk in any REIT portfolio and next on Pitoniak’s agenda. As such, VICI is eyeing locations such as New England, Michigan and Ohio for new acquisitions.

The REIT’s investor roadshow—attended by large REIT investment funds, cross-credit investors with an appetite for the REIT’s dividend profile and mainstream mutual funds—supported the thesis that hospitality is still viewed as a sector with positive tailwinds behind it, Pitoniak said, and one that is boosted by two generational waves that have become key demographics for destination hotels such as Caesars Palace: “You have the baby boomers—the greatest number of whom are now only in their late 50s and will over the next 10 to 20 years be moving into semi-retirement or retirement, then you have the millennial generation, which invented what we call ‘destination blank.’ ”

The proliferation of destination-blank seekers is a positive phenomenon for leisure and hospitality generally and especially for experiential assets such as Caesars Palace, which includes the Simon Property Group-operated Forum Shops—the fourth-highest-grossing shopping mall in the U.S., according to Pitoniak, as well as The Colosseum—a concert venue made famous by Celine Dion and Elton John. “[Caesars Palace] will only be more appealing as people continue to seek these shared place-based experiences,” Pitoniak said.

In terms of VICI’s strategy going forward, “We’re very excited to continue to grow this relatively new REIT sector. Our two peers are GLPI [Gaming and Leisure Properties] and MGP [MGM Growth Properties], and they’ve done a very good job of getting the sector going,” Pitoniak said. “We’re committed to further institutionalizing the sector and making the nature, the quality, the durability and the integrity of our real estate cash flows fully understandable—especially to the equity investment community.”

Luck be a lady.