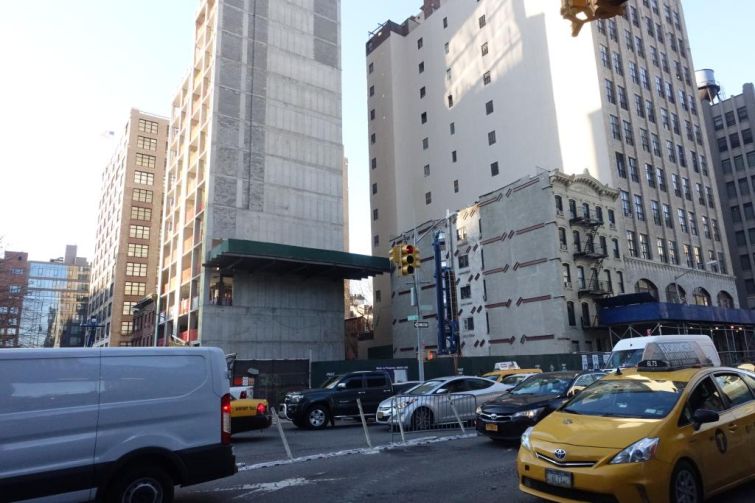 Madigan Development has secured $73 million from a trio of banks to finance the development of 111 Varick Street, its planned 30-story luxury rental building in Greenwich Village, according to records released yesterday by the New York City Department of Finance.

The building—designed by S9 Architecture—will be comprised of 100 luxury rental units and will include 10-foot-tall ceilings and “condo finishes and appliances,” according to information from Madigan’s website.

For Madigan to get this far, it had to scuffle. Madigan and rival firm Agime Group—which is developing a neighboring condominium tower at 570 Broome Street, nearby Madigan’s 111 Varick Street—are both developing condo towers in the area and have been at odds in court over the sheer sizes of their respective developments.

Madigan initially appealed to the DOB, saying Agime’s planned building height was too high and that the firm had hired a lobbyist to “campaign out of the public eye” with the city, for Agime, The Real Deal reported. Agime countered and sued Madigan in May 2017, saying its appeals to the DOB were in violation of a zoning agreement.

But Madigan, having already applied for approval for a smaller development plan in May 2015—which only called for 15 stories—filed for a new permit in August 2017, planning to raise 337 feet and 30 stories.