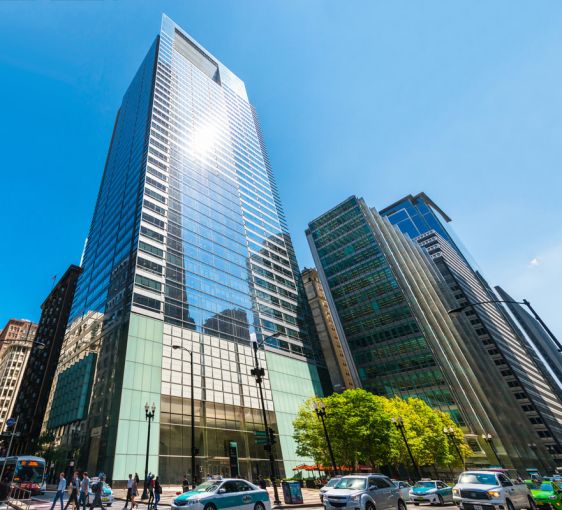 Starwood Capital has scored a $297.6 million debt package to back its acquisition of downtown Chicago skyscraper One South Dearborn, according to an announcement from ING.

The Amsterdam, Netherlands-based bank provided the financing’s largest piece, a five-year, $235.1 million senior loan—a portion of which ING expects to syndicate in the coming weeks.

Deutsche Asset Management contributed a $62.5 million mezzanine loan that it placed on behalf of a private investor.

An ING executive declined to identify the investor, and representatives from Deutsche did not immediately respond to inquiries. The executive said that Starwood also contributed its own capital to the purchase, but declined to name the total purchase price.

The majority of the 40-story building, located two blocks from Millenium Park in the downtown Loop, has been rented by the law firm Sidley Austin since it was completed in 2005. Sidley occupies about 567,000 square feet of the 810,000-square-foot tower and recently renewed its lease through 2030.

Other tenants include Constellation Brands—a Fortune-500 company that produces more than 100 beer, wine and spirits brands—and Mittal Steel, a Netherlands-based firm that is one the world’s largest producers of the metal. About 10 percent of the building is currently unoccupied.

“There’s been a huge trend of urban migration, and Chicago has the strongest story with that,” Bender said. “The amount of corporate relocations from the suburbs into Chicago has been very significant. We like the dynamics of that, and the fundamentals in the office market there look pretty good.”

Starwood will add One South Dearborn to the ranks of its Global Opportunity Fund X, which closed in 2015. That year, the fund invested in a $5.4 billion nationwide multifamily portfolio concentrated in Florida, Denver, Washington, D.C. and Seattle. The fund also includes a set of office, hotel and retail assets in Scandinavia valued at $1.4 billion.

Starwood did not respond to a request for comment.